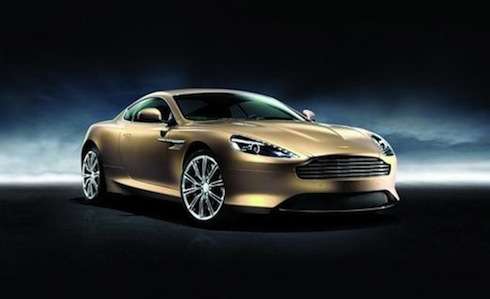 This week, one of the world's most important auto shows opens to the public in Beijing, and below is a selection of must-see cars at the show.
Advertisement

Aston Martin Dragon 88 Limited Edition
The China-focused Dragon 88 Limited Edition will be available for the DBS Volante, Virage Coupe, and V-8 Vantage S Coupe models. The production will be limited to only 88 cars and the models are expected to be snatched up quickly. The 88 examples will be available in Volcano Red, Amethyst Red, and Champagne Gold and all signify a different Chinese theme.

Range Rover Victoria Beckham Evoque Special Edition
The Victoria Beckham Special Edition Evoque is characterized by matte black paint, which contrasts with the gloss black and rose-gold trim. The interior is finished in vintage-finish tan leather, with mohair floor mats and a microsuede headliner. It also comes with a four-piece set of fitted leather luggage, and a leather portfolio carrying the owner's manual and bearing Victoria Beckham's own signature.

Volkswagen e-Bugster Cabriolet
The concept car is an updated version of the model that was unveiled in Detroit earlier this year. But the car Volkswagen unveiled in Beijing is a new Beetle Cabriolet open-top version of its electric-powered E-Bugster. The new concept gets its name from the American nickname for the Beetle, 'Bug' and the 'speedster' body style.

MG Icon
The Icon concept combines the distinct look of a Mini or the Alfa Romeo 4C, with features taken from oldies like the MGA and MGB GT. The sporty vehicle was created by Brit Anthony Williams-Kenny and his MG Global Design Team, with the goal of combining several successful MG designs from the past with a modern SUV platform.

BYD-Daimler Denza concept
Denza, is a new China-only brand that was launched by BYD and Daimler. Introducing its first concept, the Denza is an all-electric sedan.The BYD Daimler New Technology joint venture is the first in China dedicated solely to "new energy vehicles", namely EVs and hybrids.The production version of the car is due out next year, and will be built and sold exclusively in China.

Ok, we threw one extra in there for you.