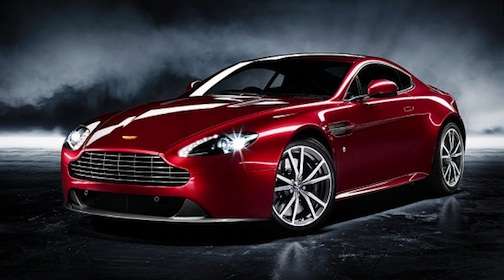 Limited edition models for the Chinese market seem to be the hot thing for the Beijing Auto Show that starts this week. Following the lead of Rolls-Royce with their “Year of the Dragon” Special Edition Phantom, and the Range Rover Evoque Special Edition Victoria Beckham, next to join the party is Aston Martin who will be officially unveiling its own China-focused Dragon 88 Limited Edition models at the 2012 Beijing Auto Show.

The Limited Edition Dragon 88 models hit the news back in February, and as reported by Jing Daily, Aston Martin is operating six dealerships in mainland China, and the British carmaker is projecting that China will become its third-largest market, trailing only the U.S. and U.K., within only a few short years.

Aston Martin is looking to the Beijing Auto Show to showcase the Dragon 88 as they look to tap the growing demand for ultra-luxury cars in China. Even as other segments point to a slowdown, the high-end market is alive and well in China. Aston Martin just recently opened its largest showroom in Shanghai and wants to expand even further in 2012 to keep up with competitors like Bentley and Rolls-Royce. Aston Martin sold 190 vehicles in China last year, which was double the cars it sold in 2010. And they have plans for new dealerships in Chongqing, Shenyang and Ordos.

The China-focused Dragon 88 Limited Edition will be available for the DBS Volante, Virage Coupe, and V-8 Vantage S Coupe models. The production will be limited to only 88 cars and the models are expected to be snatched up quickly. The 88 examples will be available in Volcano Red, Amethyst Red, and Champagne Gold and all signify a different Chinese theme. The Volcano Red shade represents the fire breathing dragon, the Amethyst Red symbolizes wealth, peace, protection, and intuition. Lastly, the Champagne Gold portrays the dragon’s status and prestige, wealth and fortune.

All of the Aston Martin Dragon 88 models will come with 24-karat gold badging on the outside. Inside, the interiors will feature dragon-embroidered headrests inspired by the Nine Dragon Wall at Beihai Park in Beijing, gold inlays, and Piano Black trim. Interior color scheme choices will be Spicy Red, Chancellor Red, or Deep Purple. Other features in the Dragon 88 line include a Bang and Olufsen speaker system, new 10-spoke dragon edition alloy wheels and special black brake calipers.

No pricing was announced yet, but the British automaker is expected to announce it this week at the 2012 Beijing Auto Show.