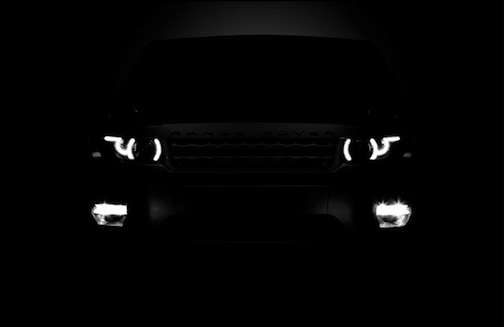 Land Rover has released a teaser for the Range Rover Evoque Victoria Beckham Special Edition before its debut in Beijing.
Advertisement

Victoria Beckham, the former Spice Girl, has found more success as an international style icon, rather than a music artist. Even though she’s had a number of pop music hits since the Spice Girls split, her fashion career has taken off. And now on April 22nd at the Beijing Auto Show, the Victoria Beckham Special Edition Evoque will be officially unveiled after a year of anticipation.

But before she scored her own SUV, her career in fashion included designing a line of jeans for Rock & Republic and later designing her own denim brand, dVb Style. Beckham also has her own line of sunglasses and fragrance, entitled “Intimately Beckham”, which she released in the UK and U.S. markets. In addition to jeans, sunglasses, and perfume, Beckham landed a line of handbags and jewelry in a partnership with the Japanese store Samantha Thavasa and Shiatzy Chen.

Being married to soccer star David Beckham hasn't hurt her career or her pocketbook as the couple's joint wealth is estimated at $165 million. And now Victoria Beckham can add a Special Edition Range Rover Evoque to her long list of fashion statements. It was announced almost a year ago, but Land Rover chose to unveil the posh Special Edition Evoque in Beijing.

Land Rover has said the special edition Range Rove Evoque was not “created with” or “by” just “with” Victoria Beckham. So we’re not sure what the Special Edition Evoque is going to look like, but the video below gives us just a glimpse of the new model with Victoria Beckham.

The Evoque is the perfect vehicle for Beckham to partner with and has been wildly successful. Land Rover had to add 1000 new plant employees to keep up with the strong demand for the new crossover. And the car just won the 2012 World Design Car of the Year award at the NYIAS. A new convertible concept was also unveiled at the New York Auto Show this month.

Land Rover is offering us a video teaser of the Victoria Beckham special edition Evoque that's scheduled to make its debut at the upcoming Beijing Motor Show. It doesn’t show much but is more of a statement announcing that the car is coming at last.