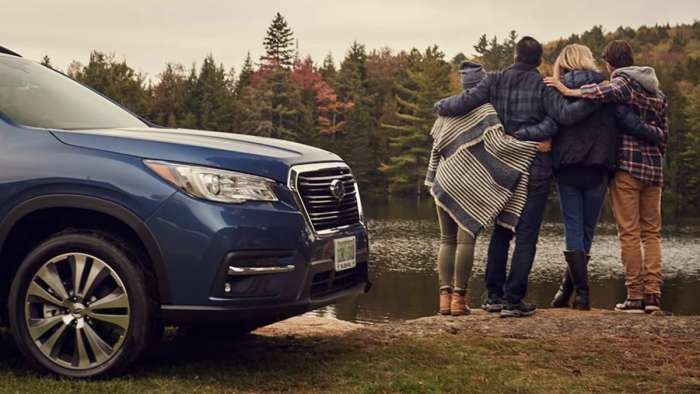 How Subaru Forester And Ascent Stack Up Against Family SUV Competition

The New 2019 Subaru Forester and Ascent family hauler stack up well against larger competitors. See where Kelly Blue Book ranks them in the Best Family Cars of 2019.
Advertisement

Subaru completely redesigned the Forester for 2019 model year and Ascent is an all-new 3-Row SUV. How do the two new models stack up against the competition? According to Kelly Blue Book, both Forester and Ascent are doing pretty well right out of the gate. Both new models make their 12 Best Family Cars for 2019 list.

Subaru is the smallest Japanese automaker but they are doing well against their larger rivals Toyota and Honda. Toyota is the largest automaker in the world followed by Volkswagen (#2), Honda (#5) and Hyundai (#6) globally. Subaru doesn’t make the top 10 in sales but they are building quality SUVs that consumers like. The Japanese automaker created a niche market of all-wheel-drive SUVs that have been popular in the northeastern, northwest and mountains states, but they are growing in warm weather states.

Kelly Blue Book says the two Subaru SUVs have the highest overall safety rating available in the class, are the lowest 5-Year Cost to Own, have earned strong reputations for durability and reliability, offer good driving dynamics, have a quiet comfortable cabin with cargo versatility, and offer the latest technology consumers are looking for.

More awards for Forester and Ascent

The two new models have been getting other awards. The new 2019 Forester and Ascent are also Consumer Reports Top-10 picks of 2019 for Best Cars of the Year. The 3-Row Ascent also grabs “Family Vehicle of the Year” from the Midwest Automotive Media Association, and Forester repeats as “Best Car To Buy” by Car Connection for the second year in-a-row.

What does it mean for customers?