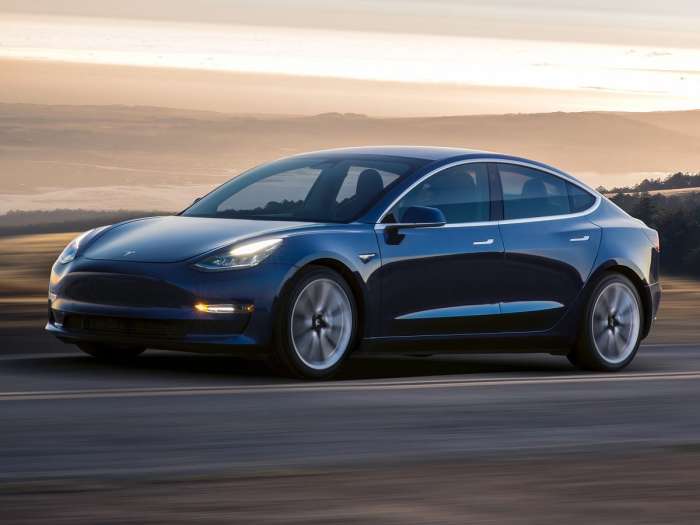 Better late than never. The Tesla Model 3 and its siblings finally have the month that Elon Musk promised would happen in December of 2017.
Advertisement

Tesla has just had a very solid quarter of sales, capped, as always, by a big third month of its fiscal quarter. In September, Tesla finally had the month that Elon Musk promised to investors, reservation holders, and fans would happen in December of 2017. 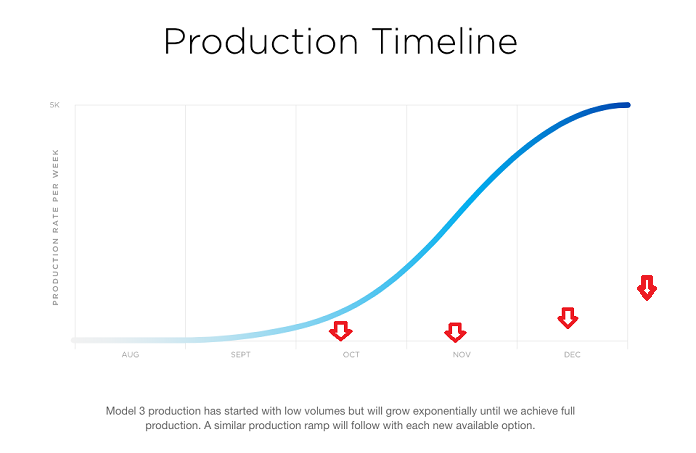 There will no shortage of celebratory news stories highlighting Tesla's successful quarter. In addition to Tesla finally hitting last year's projected production volume and sales volume, Elon Musk drew a get out of jail free card from the SEC and got to enjoy sweet dubbage with celebrity Joe Rogan and not get fired. At the time of this story's publication, Tesla's stock was also only down 10% from this date one year ago. Time to celebrate!

The expectations for Tesla's performance varies widely by the audience. At any given moment, "Wall Street" may have one set of expectations from the luxury automaker and the fans and Tesla itself another. As far as the EV-advocacy media are concerned, Tesla is hitting it out of the park. That this is the point that Elon Musk saw Tesla being at 10 months ago is forgiven and forgotten.

Tesla now owns bragging rights in many different ways. The Model 3 has overtaken the leadership in the BMW 3 Series segment, something that every BMW competitor tried to do and failed to do. The Model 3 is also now one of the top-selling "cars" in the country. In part, because it legitimately sold at a volume above 20K per month (once), and in part because cars have jumped the shark and everyone is shifting to crossovers and trucks.

Aside from surviving its cash crunch, Tesla has two important goals that are now within its reach. First, making a profit, and not just in one unusual quarter. Second, surpassing Toyota as the top seller of green cars in America.

Hart Ed wrote on October 3, 2018 - 12:14am Permalink
In order to be consistently profitable, I think Tesla would have to grow at a lower rate. This last quarter was something like 200%, which is obviously not sustainable. A high growth rate eats cash....and I don't think Tesla is going to slow down...so profit will likely be marginal for another five years or so. I think it will take that long for the growth rate to taper to a pace that allows consistent profits. Tesla is on a mission!
John Goreham wrote on October 3, 2018 - 9:04am Permalink
Tesla is indeed on a mission, and we wish them much success. Good perspective.
kent beuchert wrote on October 3, 2018 - 11:19am Permalink
Let's get real - last months "sales data"were actually delivery data. Virtually all od those Model 3 cars were bought years ago by folks on the waiting list after paying $1000 down payment.
DeanMcManis wrote on October 5, 2018 - 3:17am Permalink
Kudos to Tesla for their sales successes. The Model 3 is selling in huge numbers, and the sales of Model S and Model X models are still very strong. As Tesla chews through the list of waiting buyers from the highest profit models down to the entry models I believe that they will start to deliver the early promised lower cost Model 3s which are the bulk of the pre-orders, though probably not until next year. Even though some of the current production of Model 3s were reservation orders of higher end models, I think that many of the recent sales have been the Model 3 Performance, which offers acceleration comparable to supercars from just a few years ago, but starting at $64K, with incentives shaving another $10K off until 2019 (a couple months). This car is more of a bargain to me than the base $35K Model 3, as I like being economical AND having superior performance, which takes me 2 separate and very different cars to accomplish today.