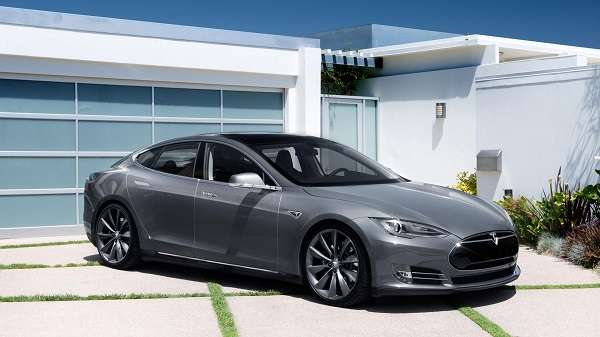 J.D. Power study proves why Tesla and the Model S are so popular

So far, the only thing limiting sales at Tesla is production constraints. A new study done by J.D. Power helps explain why Tesla is poised for more growth in 2015 and beyond.
Advertisement

Tesla is on a roll right now and many had wondered if the robust early sales were due simply to early adopter affluent customers trying to buy the newest and latest green car. Our opinion has evolved to be that there is a real sea change happening. Our opinion is that there does seem to be a real passion for the Tesla brand, leadership, and products and it is not just beginner’s luck. However, that is just our opinion. Luckily, a new study by J.D. Power and Associates seems to have revealed some facts that we think make the case that Tesla is poised for longer term success.

Trying to uncover why customers buy a particular vehicle is big business and all automakers do their own studies. Jon Osborn, research director at J.D. Power sums this up by saying “It’s important for automakers to understand what motivates new-vehicle buyers to shop and purchase a particular model and focus on promoting those top purchase influencers to differentiate themselves and gain market share.” Toyota for example is the number one brand in America with both African American buyers and Hispanic buyers and they discuss this frequently. The company’s Senior VP, Bob Carter, made a speech just this week in which he detailed Toyota’s dominance with minority buyers. Tesla holds its cards close to the vest and we think that is very smart. However, this new J.D. Power and Associates study surveyed a selection of car buyers and what it says about luxury buyers and green buyers is great news for Tesla, whose customers by definition are both.

The study’s headline was that buyers of domestic brands more often cite new technology as a reason for buying than do “import brand” buyers. We think the term “import brand” is about as outdated as Rolodex, but we will forgive J.D. Power and Associates for using it. We dug deeper into the study and we found that Tesla is perfectly positioned to meet the stated reasons why luxury buyers buy a particular model.

Let’s take these one by one. First is performance. I drove the Tesla Model S and I have also driven many performance cars like the new Corvette Stingray, Camaro ZL1, Mercedes SLS AMG, Audi R8 V10, and Nissan GTR. I know what a performance car is and what it feels like. Let me tell you that on public roads there is no car on the planet faster than the Tesla Model S Performance. It can accelerate, turn, and brake as well on any public street or highway as any of the cars listed above. I have driven many of those cars on a racetrack as well as streets, but not the Model S. I suspect that on a track it may do very well. Regardless, that the Model S can hang with the big boys like the Audi S7 and Panamera Hybrid is without question. It may actually be better.

In terms of quality of workmanship I think Tesla is in the top tier. The seats are covered in real leather, the dash is good, maybe great, and the ginormous tablet computer is well integrated into the console. It is also nearly perfect outside. The car exudes all the elements of a well-built car when you sit in it.

Exterior styling is a strong point for the Model S. If you never heard of the Model S and you saw one you would assume it was either a new Audi or an Aston Martin. It also looks a lot like the newest Maserati four-doors. The company logo is for sure one of the coolest in the business and the 21 inch wheels (optional) sure do give it that high end look. Tesla certainly holds its own in styling with the Model S. The jury is still out on the new Model X. Let’s see what that crossover looks like when it goes on sale. The prototype has cool doors, but the overall styling is very conservative. Maybe too conservative?

Image is next. Whoa. Tesla rocks this category. Is there anything cooler than saying “my bank account is not as important to me as my carbon footprint?” Nuff said. The last of the top 5 reasons luxury buyers choose a car is reliability. Teslas are cars and cars break. However, Consumer Reports says the Tesla is one of the most reliable, so we will go with their analysis here.

So from the independent surveys of trusted J.D. Power and Associates we have drawn some conclusion about the Tesla brand and its cars’ future prospects. Those who are cynical like me might ask “What about when the third generation affordable Tesla comes out?” One might assume that price would paramount to buyers who buy “mass-market” cars. One would be wrong. The first two reasons that buyers of mass-market cars pick a particular model are “Gas Mileage (fuel economy)” and “Reliability.” We would say that Tesla cannot be beaten on the first reason, and so far is doing very well on the second.

Study referenced is the 2014 J.D. Power and Associates Avoider Study.