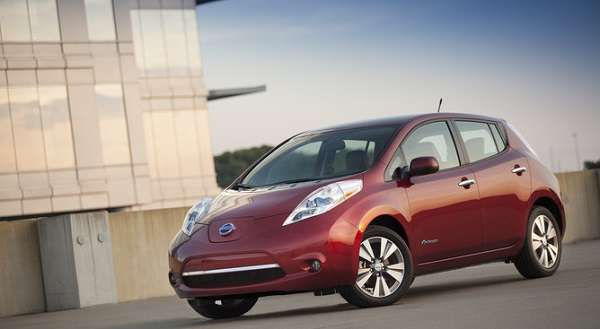 Due to increasing electricity costs and decreasing gasoline costs, the most popular EV and most popular hybrid now have nearly identical costs for energy per mile of operation.
Advertisement

Over the past few years, Torque News has reported on the relative efficiency of green cars as well as their energy cost to run per mile. The prevailing logic since EVs re-entered the US market in 2011 was that over the years electricity costs would come down as the mandated use of wind and solar power becomes more cost effective. Most also assume that gasoline prices would go ever higher relative to inflation. Electricity prices vary widely by market, but it is safe to say that in some important EV markets, electricity prices are up, and gas prices are down since EVs began to sell in larger numbers.

Looking Back On Cost To Operate
18 months ago we compared the Prius hybrid to the Nissan Leaf to see which offered a lower cost per mile for “fuel.” In that story, the Leaf beat the Prius in our analysis, which was based on costs in the Mass. marketplace (where the author lives.) Mass. is not exactly a bad place to choose for our analysis. Mass. offers EV rebates and is one of the group of states that has banded together to force automakers to build and sell zero emission vehicles. Mass. also has a single party control all branches of government, so there is less arguing. That particular party is the one most commonly associated with green advocacy. If the Leaf isn’t cheaper here, with this perfect storm of green help, where would it work?

Our Analysis
To make our analysis here, we used FuelEconomy.gov as our source for energy usage of both vehicles.

Why did we pick the Prius and Leaf for our comparison? We did so because the cars have similar performance and similar initial MSRPs. They are also roughly the same size and both are by far the leaders in their green car categories.

Change over 18 months
In my area, electricity has gone up 10% over the past year and a half, and gasoline has come down 15%. What do you think will happen in 18 more months? My guess is that Mass. will begin to subsidize electricity more and will start to add costs to gasoline. However, projections on energy costs have been wrong in the past. At least for now the Prius and Leaf cost almost exactly the same to fuel since both round to 6 cents per mile for energy. We also foresee the next Prius increasing its fuel efficiency by between 5 and 10 percent. The next generation Leaf will likely have the same energy efficiency per mile. Maybe the results of this comparison are worth checking in on every year or so?

Related Stories:
The 2016 Toyota Prius will top 60 MPG
Why does the 2104 Toyota Prius have a 42% better resale value than the Nissan Leaf?
Will the Nissan LEAF copy the Tesla Model S with battery options?
Myth busted - Electric vehicles cost more to maintain than gas cars do