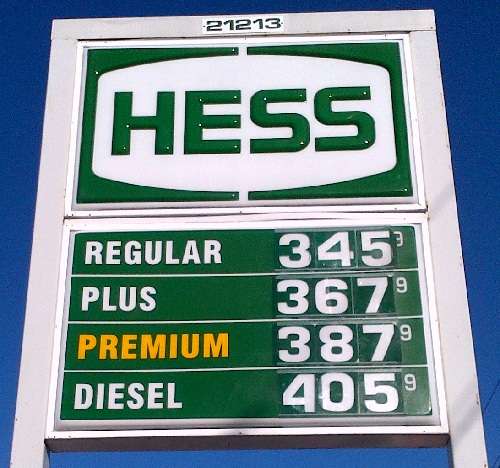 Which costs less per mile, Nissan Leaf or Toyota Prius

We compare the Leaf and the Toyota in costs per mile for fuel and power and find an interesting result. Also, will the price of gas or electricity be more stable over the next ten years?
Advertisement

A recent announcement by the US Department of Energy (DOE) regarding the new eGallon moniker caused us to stop and reflect about what the actual cost in fuel or power is to drive today’s most popular green cars, the Toyota Prius and Nissan Leaf. They are best-sellers, and both were the first major sellers in their categories, and each are justifiably labeled green-living choices for automobiles. We have broken down the cost per mile to run these green-machines and were surprised to find that they are pretty much exactly equal. We looked a bit at the price history of the two fuels that they use (gasoline for the Prius and electricity for the Leaf) and were surprised to find that they are both very volatile. Here is our analysis.

Prius Cost Per Mile
The Toyota Prius earns an EPA estimated 50 mpg combined. In order to find out what that vehicle costs to run you have to decide where you are going to run it, and do some very simple math. Since we know with certainty the costs to operate our vehicles in Massachusetts, we chose that location, but we will give some facts on average US costs throughout the story. Averages mean nothing, so please take a look at your own actual costs for perspective.

Next we did the same for the Nissan Leaf. Here the units are different in the beginning, but we can still easily get the cents per mile simply by multiplying two numbers. With electric cars their “mpg” is measured in the electric power they consume per mile. For the Leaf that number is 0.34 kWh/mi. That unit is kilo-Watt-hours per mile. Then we simply multiply that by the cost of a kilo-watt-hour. At my house NSTAR charged me 17 cents per kWh last month. So here is what that looks like:

The way to say that in the units we want is “6 cents per mile.” Thus we have calculated the cost per mile here in Mass using the actual fuel and actual electricity costs in this spot. In your area your state might tax gasoline much higher than Mass. does (hard to believe!) and you may pay less for electricity. Look closely at your electricity bill though. Many utilities provide two numbers, generation cost, and delivery cost, which must be added together. A TN reader recently wrote in saying he buys his electricity for less than just the cost Mass charges for delivery. That means he pays less than nothing for the actual electricity.

The point of this exercise was to illustrate that the cost to operate an electric car per mile is about the same as a gasoline powered hybrid vehicle. In this match-up both are 5 passenger cars that look similar and have similar performance. The reason we made mention of the gas tax adjustment is that some states are already now taxing electric cars to make up for the fact that they do not contribute to the maintenance of the roads they use via the gas tax. In Washington State for example the tax is $100 per year. When this is factored in the annual per-mile fuel costs are almost exactly identical for the Prius and the Leaf.
This comparison is today in Massachusetts. What does the future cost to operate these vehicles look like? Surely electricity will be more stable and much lower right? Maybe not.

Electricity Prices 2004
According to the U.S. Department of Energy (DOE), Energy Information Administration (EIA), the average cost of electricity per kilowatt-hour in the US in 2004 was 7.6 cents. According to the DOE the average cost of electricity today is 12.3 cents per kWh. That is a 38% increase over about a decade. Yet, the Department of Energy cites cost stability as a benefit when touting its new eGallon program, saying “eGallon is a valuable tool for communicating one important benefit of electrification: cheap, stable fuel prices.” Is a 38% increase over about 9 years stable? Is gas cheap too, because it costs the same to run a Prius on gas.

Gasoline Prices in 2004
In 2004 the average cost of gasoline in the US was $ 1.89 according to DOE. Today the average cost is about $ 3.63. Gasoline has had an increase over that same time of 48%. Certainly that increase is more than electricity’s increase, but is it dramatically different in terms of stability? Keep in mind that both electricity and also gasoline are very regional in their prices for a variety of reasons. Here in Massachusetts gasoline is averaging about $3.45 today and my actual NSTAR electric bill from last month showed that electricity was .17 cents per kWh. So in Mass. the cost of electricity is higher than the national average, and the cost of gasoline is lower than the average.

Fuel and Power Volatility
The fact that there is so much variance in the cost of power and fuel should not make one feel better about the predictability of either, wherever they live. Despite the rhetoric, the US government is not your power company or your gas station owner. The states have much more control over the cost of electricity and gasoline than does the federal government. Where your power and gasoline come to you from are also big factors.

Where Are Future Supplies
Future supplies of electricity are very regional, but we can make some firm predictions. The biggest contributors of electric power in most places are nuclear (27%), and fossil fuels (44%). The percentages shown are for my area in New England. No other single source breaks into double digits. True, it might be nice if wind (2%) and solar (0%) were major contributors, but they simply are not and that will not change in the coming ten years, the life of your next vehicle.

There are no new nuclear power plants coming on line in New England, or anywhere in the US that we know of, yet many are slated for retirement having already exceeded their original design life. There will be no new hydro-electrical projects of any significance in the US. The environmental lobby is dead set against dams and all the major rivers are already being used. Wind and solar will definitely continue to grow, but even if they double in ten years they will still account for less than 5% of overall power in terms of percentage – and it is expensive power. What’s left? Fossil fuels in the form of shale gas from fracking and municipal trash (4% in New England now). To say that fracking is going to be a sure bet in the US would be to ignore that the environmental lobby, particularly local to that activity, is in a frenzy to stop it.

Therefore it is safe to say that the continued volatility of electricity prices will follow the fossil fuels over the next 10 years. Just as gasoline price increases will follow the oil sands and deep water prospects for oil, and thus gasoline, production.

We have not said anything about whether this is right, wrong, good or bad. We have simply laid out the truth as supplied by the DOE. If you already own a Prius and are paying 7 cents per mile, or 6 cents per mile if gas taxes are removed, and think switching to an electric vehicle so your fuel cost per mile can be 6 cents per mile (not including road use taxes) you might want to think hard about that.