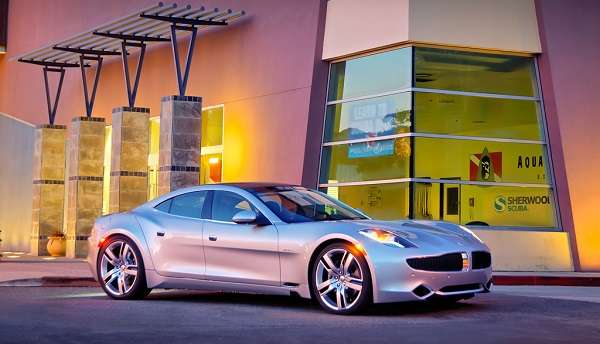 In the latest chapter of the drawn out bankruptcy saga, a Chinese company wins the auction to get assets of Fisker. The US market could soon have three Chinese car companies offering cars for sale.
Advertisement

Fisker has been going away for so long we almost forgot that the company’s last assets had not yet been auctioned off. That was done Friday. In an announcement to the press the automaker said that Chinese automaker and electric vehicle battery company, Wanxiang America Corporation (Wanxiang), was the winner of the auction that included 19 rounds of bidding. Of interest to taxpayers may be that the Delaware manufacturing plant that was operated using tax dollars is part of this acquisition. There was no word on whether the taxpayers of Delaware would continue to pay the plant’s utility bills if re-opened by Wanxiang.

Despite our ire over a luxury car plant being run with money collected for public use, we at Torque News were big fans of both Fisker the car and Fisker the man. Our editor, Patrick Rall was lucky enough to spend some time with Henrik Fisker and came away very impressed. This writer spent some time with the car and also came away with a very positive view.

Unfortunately, Fisker had a series of mishaps including a Consumer Reports test during which the vehicle’s drive system stopped working. The sole-supplier of the battery system for the Fisker, A123 also went out of business. A123 had benefitted from US department of energy financial support (meaning your tax dollars helped the company to get going). Can you guess who bought the battery company? Here’s a hint. The company is Chinese and it starts with “W.”

Commenting on the sale of the company’s assets, Fisker Automotive's Chief Restructuring Officer, Marc Beilinson said "We conducted a highly spirited auction resulting in an increase in value of approximately $90 million as compared to the opening bid of the auction. This is a great result for all Fisker stakeholders, including Hybrid Tech Holdings, LLC, and Fisker's general unsecured creditors. We would also like to thank Wanxiang and Hybrid for their active participation in Fisker's auction process." The bid will still need to be approved by the bankruptcy court.

If Wanxiang does resurrect Fisker and offers cars for sale in the US it will join Chinese automakers Zhejiang Geely Holding Group, owner of Volvo, and Anhui Jianghuai Automobile Co., Ltd (JAC), partner of Green Tech Automotive, in the US market.

You may also find interesting:
Why the Fisker Karma will not succeed
Taxpayers hand millionaires $139 million on Fisker Karma loss

Parks McCants wrote on February 17, 2014 - 11:39pm Permalink
It's a funny thing. Living in a city that differed ten years of property tax for Hyundai Semi-Conductor, only to have the company vacate in less than 10 years, has left this reader a little soured to Asian investors. However, the Fisker deal smells of inside manipulation. We'll see. What blows me away is that a North American based investor didn't pick up the facility. Anyway you look at it, EV or Hybrid gas/ electric is the future in personal transportation. Looks like a missed opportunity to me.
Parks McCants wrote on February 17, 2014 - 11:40pm Permalink
B.T.W. That's a damn good looking car.