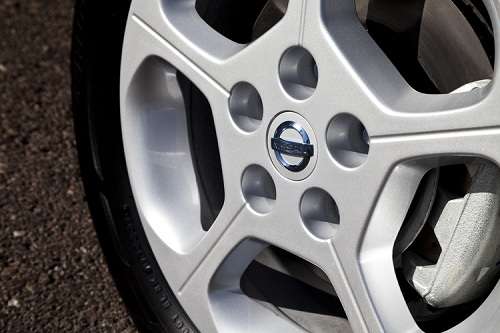 Volt and Leaf will succeed, but Tesla S and Fisker Karma will not

It all comes down to simple math and tires give us a clue when it comes to comparing Chevy Volt and Nissan Leaf to Tesla Model S and Fisker Karma.
Advertisement

Delorean and Tucker. What two things do these automakers have in common? First, they were beloved by many of their customers and each inspired groundbreaking models that shook up the automotive world in terms of technology and styling. Second, they were economically unviable and they are history. Tesla and Fisker, will go this way, but that doesn’t necessarily mean it is all doom and gloom.

Given the money spent by Fisker and Tesla (and the US taxpayer) to create supercars for the 1 percenters, an investor might expect a return at some point. But why should they? In the category they compete in there are many choices, all good ones by the way, and very few buyers. No business school graduate on the planet Earth would ever suggest putting a new product into a crowded, mature, marketplace is likely to bring success.

The fact that the Fisker and the Tesla are electric just makes the path to success harder for them after the first early adopters have their cars. Clooney and Bieber have one. Who’s next in the showroom? With a completely straight face auto writers and media outlets are claiming the Tesla Model S is priced for the mainstream. The car STARTS near $60K.

With the package buyers actually want the car is in the Porsche Panamera price range. Which, by the way, makes a hybrid version for the buyer who can’t sleep at night due to environmental guilt. A green car enthusiast with a horsepower fetish can have a Chevy Camaro SS and a Chevy Volt for the same price the Tesla S will actually retail for.

It can work for big companies. Follow the logic. GM competes with Fisker. Fisker burns. Head of the NHTSA, appointed by the leader of the main shareholder of GM says – “look into that.” A Volt burns and the same conversation is something like “Hey, take care of that.” Neither is a conspiracy. Both are perfectly normal, honest reactions. One gets investigated. One gets dealt with.

Let’s set aside the electric versus gas debate for a moment and talk rubber. Rubber is one of the few things on a car that the automakers themselves almost never make, and the cost of tires is significant. Look at the Fisker Karma and you will see 22 inch rims with low profile sport tires. No mainstream sports-luxury car has ever been fitted with 22 inch wheels.

Fisker doesn’t expect to ever make any money off the Karma, but let’s pretend they did. Why add thousands of dollars in cost to the car for no good reason? Style? Perhaps, but many cars rely on style for sales. Look at Toyota’s Scion FR-S. Is it stylish? Hard to argue that it isn’t. Successful? Hard to argue it isn’t. In October Toyota sold 1,107 Scion FR-S vehicles.

That is about the same number of Fisker Karmas that have been sold – ever. How much did Toyota pay for the tires on those Scions? I can tell you there is a chance that Toyota paid nothing for those tires. Zip. “How?”, you might ask. Here is how. Toyota uses that exact same rubber on another car. That model sells 250,000 units per year, thus an even 1 million unit tire order to the manufacturer lucky enough to get that purchase order. That could be $50 million in sales for one model number.

Do you have any idea what a company will do to land an order that big? The answer is simple – everything legal and then if nobody’s looking... Do you think a manufacturer might, say throw in 4,000 free tires? That would equate to a 1.6% discount. That is the least they can expect. The discount is likely something near 20%, (plus many, many cocktails, trips to fun places in the company of fun people, and more goodies than most readers could dream about.

I was in high tech business to business sales for 20 years, and I speak from experience). Toyota is paying nothing for tires and Fisker is picking out huge gumballs that have never, ever been used on any other automobile and paying the sticker price. Who has the edge here in profitability and who has the edge when they go looking for investor capital? This same analogy applies when Fiat builds a Viper.

Vipers don’t have to pay for radio knobs and door handles. They just take the ones dropped on the floor when the Chrysler 300s are being built. Most of the parts of mainstream automobiles are ridiculously inexpensive - if you buy literally 1 million of them. Buy 4,000 and you place your order on Amazon and pay your own freight. The examples used here are two fun cars, but the same logic applies to the electric Volt and the Leaf which are made by huge companies with revenues ginormous enough to swallow electric car losses, but which can minimize those losses through commonality of parts and other methods.

So why did a successful genius like Elon, or a cool car-guy like Henrik decide to try the impossible? They didn’t. They wanted a project. They wanted to spend some of their money on something they were passionate about. If it succeeded economically, cool. But that wasn’t their main objective. They wanted to get the car built and prove a point. Successful guys like this are so good at so many parts of business, relationships, and technology, they can almost always achieve that goal – prove the point. Then the economics gets ugly when they try to sell more than the collector’s item volumes that the cars really justify.

There is also a second way to succeed financially, or at least recoup one’s losses. That is to mature your product to the 80% state and then sell it to a much larger competitor. Why do competitors buy companies? Many reasons including; Eliminating a product from a niche they choose to dominate, to secure part of the product’s technology portfolio, to satisfy regulators (“we need 5000 more electric cars fast, or we can no longer sell our trucks in California”), or in some cases they might just love the product and want to see it work. That hasn’t actually happened yet in the car industry, but there was a sniff of that in the Volt’s germination.

Real news would be “Elon Musk talking with GM’s Akerson at Starbucks.” Or “ Ford’s Alan Mulally seen dining with Henrik Fisker at Nobu. “ That is the story that will be written at some point and God I hope I break it. Dan Neil already has a Pulitzer. I just want one scoop!

Please see the update to this story at this link.

This article was inspired by our readers’ feedback. Thanks to Howard Marks and an anonymous reader who replied to David Herron’s recent Tesla stories writing “Now if GM and Ford would start doing the same would be a smart thing for them, and at the same time with the production capacity that GM or Ford have they would be able to bring the cost down to probably half and that would give enormous sales…”