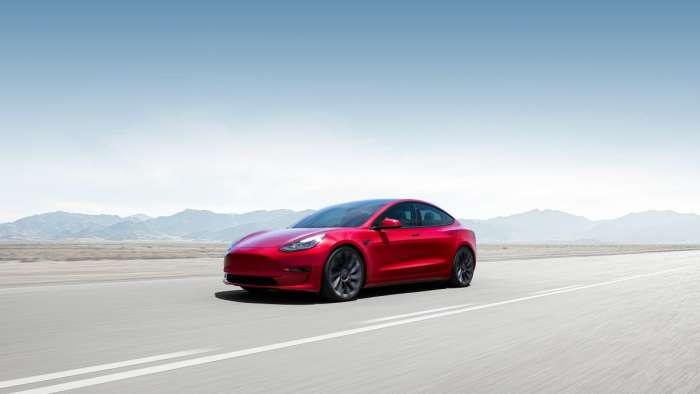 Among the most in-demand vehicles in America right now are the Hyundai Ioniq 5 and Tesla Model 3. Both are fantastic, and buyers line up months in advance to have one. However, both would make a very poor robotaxi. Here are six reasons why, but first, a bit on what a robotaxi is.

A robotaxi is an autonomous vehicle that would pick you up when you becon it with an app, and take you where you want to go. Taxis, in general, are city-focused vehicles. It seems logical that they should be as environmentally friendly as possible to operate, safe, practical, and as profitable as they can be for the company that owns them.

Robotaxis would be a fantastic use of limited battery capacity. They would run all day, and all night, unlike our personal Model 3 and Ioniq 5 cars, which are off for 90% of their lives. And Tesla and Hyundai both have many great attributes as companies that would make them the ideal manufacturers of robotaxis for America and the world. However, their existing personal-use cars are lousy deigns for taxi use of any type, let alone robotaxi operation. Here's why.

Reason 1 The Tesla Model 3 or Hyundai Ioniq 5 Would Be A Bad Robotaxi - Wrong Mission
Both the Ioniq 5 and Tesla Model 3 accelerate with gusto. Which no robotaxi will ever need to do. Both are also crisp in their handling and relatively firm in the ride quality department - Which a robotaxi does not benefit from in any way.

Reason 2 The Tesla Model 3 or Hyundai Ioniq 5 Would Be A Bad Robotaxi - Wrong Shape
The perfect Taxi is a box with a bit of rounding to its leading edges. It need not have a great coefficient of drag because drag is not a big deal with regard to energy consumption at city speeds. Really not even at suburban speeds. The sleek aerodynamic shapes of these two cars are all wrong. Want to see the perfect shape for a taxi? Simply look at any existing purpose-built taxi. Seating for six on two bench seats facing one another is ideal and easily possible in the same footprint these cars occupy. The Ioniq 5 and Model 3 are both 4 plus 1 passenger vehicles. This limits their potential for earned income.

Reason 3 The Tesla Model 3 or Hyundai Ioniq 5 Would Be A Bad Robotaxi - Wrong Features
The Ioniq 5 and Model 3 both sport lovely digital displays. Which are unnecessary in a robotaxi. Both are designed (now) with steering wheels and a lot of driver-focused controls. None of which are needed in a robotaxi. We can keep going, but suffice it to say, all of that stuff is wasted.

Reason 4 The Tesla Model 3 or Hyundai Ioniq 5 Would Be A Bad Robotaxi - Wrong Seats
We touched on the seat count above, but more important to a robotaxi is that the seats be super tear and damage resistant and vomit-friendly. Neither car was designed to be sprayed out with a hose at the paddock, which is precisely what a robotaxi seat should be capable of.

Reason 5 The Tesla Model 3 or Hyundai Ioniq 5 Would Be A Bad Robotaxi - Not Handicap Friendly
Neither the Ioniq 5 or Model 3 is easy to get into and out of compared to other vehicles. A large sliding door like that of a minivan would be ideal. On each side. The rear (or front) cargo door should slide up and out of the way for ease of use. Let’s face it, those who struggle to get into and out of cars may be the very folks who would benefit most from a robotaxi.

Reason 6 The Tesla Model 3 or Hyundai Ioniq 5 Would Be A Bad Robotaxi - Cargo
The whole part of the car ahead of the windshield is wasted in an Ioniq 5 or Model 3 robotaxi. It doesn’t need a hood. It doesn't need rear view mirrors. It doesn't even need a windshield in the way we think of one. What would be great? A rack on the front that could hold a folded walker, wheelchair, bicycle, or ebike.

Conclusion - Robotaxis Need To Be Utilitarian
We all love a sleek sedan or stylish hatchback. They make sense for many owners’ needs. But they are terrible layouts for city and suburban robotaxis. A great robotaxi should be a cube with all of the operating gear underneath and doors that slide over other surfaces, not that open out into traffic. If you’ve ridden in a purpose-built taxi in London, you know what the insides look like. If not, the internet has plenty of videos showing how folks use them. Cleanliness dictates that they will basically be a single sheet of durable plastic inside capable of being quickly sanitized.

We are rooting for zero-local-emissions robotaxis to take complete control of the urban and suburban rideshare market. Let’s just think about what a good robotaxi is before we get to wound up thinking that two of the most popular cars in America today have even a single attribute that makes them special when it comes to robotaxi use.

Image of Model 3 courtesy of Tesla

Will wrote on May 27, 2022 - 8:18am Permalink
Someone needs to explain to this guy... if and when FSD is fully operational, there will be hundreds of vehicle designs it can be applied to... this "critique" read more like a high school creative writing assignment... when you don't really have anything creative to say... didn't address anything to do with FSD technology at all... no insight, no vision, nothing... (mind blowing in its utter non sequitur banality...) If you were a high school kid I would give you a 60% with a warning and recommendations about waiting to the last minute to write a homework assignment... '; )
John Goreham wrote on May 27, 2022 - 2:55pm Permalink
Thanks for commenting, Will. Autonomous driving technology will mature soon and all manufacturers will have similar capabilities. Mr. Musk predicted it would be commonplace by 2020, but he was overly optimistic. Hyundai, GM, Toyota, and other automakers are pretty close today. When autonomous vehicles arrive and begin to work as ride-share options, do you think customers will care much about the technical details? Or will availability, price, and practicality be their primary interests in a robotaxi they are summoning?