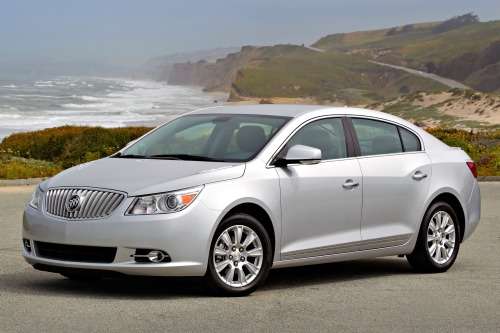 The federal government is calling GM’s testing methods into question after the automaker failed to identify a vehicle that later caught fire.
Advertisement

The National Highway Traffic Safety Administration has opened an investigation into whether General Motor’s recall screening practices are sufficient following the May fire-related recall of nearly 43,000 vehicles.

In May, GM recalled nearly 42,904 model year 2012-2013 Chevrolet Malibu Eco and Buick LaCrosse and Regals sedans over a generator control module problem that may result in fires. Faulty generator control modules – which are found in vehicles with eAssist – may cause the vehicle’s battery to deplete and lead to engine stalling. In more serious cases, it may also lead to possible fires in the trunk.

Click HERE to read Torque News’ full coverage of the May recall.

GM first began investigating the defect last August after it received an influx of warranty claims. In October, the automaker learned of a trunk fire at one of its dealerships during a service update screening process.

Although GM identified the problem and says it corrected it, the NHTSA is now calling the automaker’s diagnostic testing into question. According to the recall notice, GM said it will test recalled vehicles to make sure they’re safe. Specifically, GM spokesman Alan Adler said GM will replace control modules in 22,000 cars and inspect 21,000 others. With this in mind, the government would like to ensure that GM’s inspection process is effective enough to identify vehicles that may catch fire.

Despite the one fire, which occurred in a dealership, GM says it’s unaware of any injuries or crashes with the vehicles in question.

In June, the government opened an investigation into 2012 Chevrolet Cruze, Camaro and Sonic vehicles and Buick Verano models due to defective airbags. GM has already recalled 7,000 vehicles, but the NHTSA is investigating whether an additional 400,000 units may be affected.

Also last month, the NHTSA upgraded its investigation into model year 2005 and 2006 Pontiac G6 vehicles that was initially launched in February. Like the airbag investigation, the government is trying to determine whether a previous GM recall was sufficient enough. Although GM has recalled over 8,000 G6 vehicles, the NHTSA is currently probing an additional 550,000 cars.

Stay tuned for more information about the trio of ongoing NHTSA investigations and to see whether the government will request GM to recall additional vehicles.