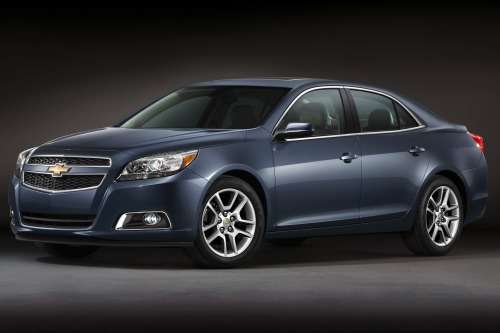 Affected by today’s recall are 42,904 model year 2012-2013 Chevrolet Malibu Eco and Buick LaCrosse and Regal sedans manufactured prior to December 2012. The vehicles in question may be equipped with faulty circuit boards, which may overheat, causing the car’s 12-volt battery to drain and activate several indicator lights. If the warning lights are ignored, the engine could stall and a fire may spark in the vehicles’ trunks, according to General Motors. The defect is related to the cars’ eAssist hybrid system, not the rechargeable lithium-ion battery.

GM learned of the issue in May 2012 after it noticed a surge in warranty reports. After a subsequent investigation, the automaker decided to perform a service update on all unsold vehicles. On Oct. 24, GM became aware of a trunk fire in a vehicle at a GM dealership; the vehicle was undergoing a service update. GM then decided to cease production, which is why no vehicle manufactured after December 2012 contains the defect. In March, GM learned of a fire in an updated vehicle, which prompted the automaker to issue the recall, said spokesman Alan Adler.

Owners of affected vehicles will be notified “soon,” but GM has not released a specific recall schedule. In the meantime, Malibu Eco, Buick LaCrosse and Regal owners are encouraged to bring their car to an authorized dealer if they notice any warning lights. Drivers may contact GM at 1-800-521-7300 or the National Highway Traffic Safety Administration’s Vehicle Safety Hotline at 1-888-327-4236 or go to www.safercar.gov.