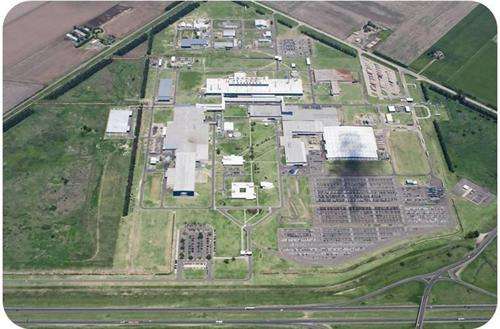 Ford looks to Europe for restructuring of its operations in a troubled automotive climate there while General Motors plans expansion in South America as home for a new global platform.
Advertisement

Ford is transforming its European production in order to make up for continued losses in the European automotive climate. The company is planning on closing some plants and moving operations to new shifts at others.

Meanwhile, General Motors, whose European operations are also seeing losses, is focusing on the New World with plans to expand its plant in Argentina in order to begin production of a new global platform vehicle.

Ford in Europe
Ford has begun the consultation process with employee representatives, planning to close its Genk Plant in Belgium and shutter it by the end of 2014. The plant currently produces the Mondeo, S-MAX and Galaxy, all of which would be moved to the company's Valencia Plant in Spain. The Genk plant has been home to worker's strikes and near-riots and a trouble spot for Ford during the economic downturn. It is one of Ford's largest European operations.

Vehicles currently being built at the Valencia Plant may move to Germany, as Ford shuffles things to both consolidate and reduce costs while maintaining political and economic ties. The C-MAX and Grand C-MAX are two of the vehicles Ford says may move from Valencia to Saarlouis, Germany for the 2014 model year.

In all, Ford plans to close three European facilities as they work towards showing European profitability by mid-decade. The other two closures will be in the United Kingdom - Southampton and Dagenham, which will happen as early as next year.

General Motors in Argentina
GM is investing $450 million into its Rosario Automotive Complex (pictured) over the next two years in order to tool it up for a planned, all-new global Chevrolet branded vehicle. The plant currently produces about 136,000 vehicles a year and GM wants to nearly double that number.

The model to be added is an as-yet unannounced global platform that will be built alongside the vehicles currently produced in Argentina. It will be made primarily for export both regionally and internationally. All of the vehicles made in Rosario are Chevrolet branded and most are sold in the South American market.