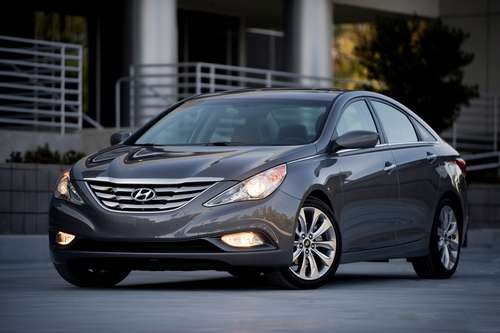 Why did Hyundai have strong 2011 sales?

Hyundai today announced that it has posted a record number of vehicles sold in December and 2011 sales were up 20 percent compared to 2011.
Advertisement

For the year, Hyundai sales were up 20 percent versus 2010 in total. Sales to retail customers were up 29 percent. (Hyundais fleet sales represent just 10 percent of total sales for 2011 and 3 percent for the month of December.) This translates into roughly 645,691 vehicles sold in 2011.

“We are encouraged by the present market fundamentals combined with consistent signals including brisk holiday selling that indicates a broader industry recovery,” said Dave Zuchowski, Hyundai Motor America’s executive vice president of national sales. “We finished 2011 with solid momentum and much improved inventory levels and are enthusiastic about our prospects for 2012 as we continue to launch a broad array of new product entries.”

The Sonata and North American Car of the Year finalist Elantra both set full-year records with sales of 225,961 units (up 15 percent) and 186,361 (up 41 percent) respectively. The Sonata is built right here in America in Hyndai's Alabama plant.

An extremely impressive increase in sales for Hyundai was the all-new Accent. Year-over-year sales increased by 91 percent for the month of December and finished the year up 7 percent over 2010.

Hyundai’s premium models were also sales success for the 2011. The Genesis delivered 32,998 sales for the year, an increase of 13 percent over 2010. This set an all time yearly record.

The Equus, a brand new luxury model for Hyundai, had 3,193 very satisfied owners, delivering over 5 percent market share of the luxury sedan segment. It was a recipient of 2011 Ward’s Ten Best engines winner for the 5.0L Tau V8 429-horsepower engine. This engine has also been well liked amount auto journalists as well.

“December was another record-setting month and 2011 a record-setting year for Hyundai,” said John Krafcik, president and CEO, Hyundai Motor America. “Hyundai sold a record 645,691 units this year, built over 420,000 cars right here in the U.S., and achieved an industry-leading 36.1 miles per gallon CAFÉ level doing it.”

Mr Krafcik continued, “Sonata’s retail sales performance in 2011 was a real highlight for us. Along with Camry, Accord, Civic, and possibly Altima, the Hyundai Sonata was one of only five cars in the entire industry with retail sales (excluding fleet) over 200,000 units. Consumers tell us they have segment-leading levels of satisfaction with the bold design and real-world fuel economy of the Sonata – this recipe has been extremely successful for all of our new Hyundai products.”

It seems Hyundai is set for another strong year in sales, as it looks to expand and continuously improve its lineup in 2012.