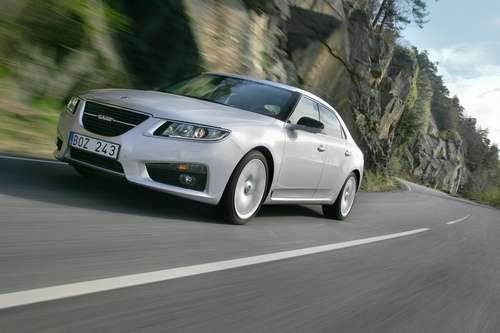 Saab, the storied Swedish automaker, has filed for Bankruptcy today. Saab is yet another automaker casualty to face the guillotine in this difficult economic environment.
Advertisement

Saab has had quite a tumultuous experience trying to get itself out of its dire financial straits. It was announced just last week that Zhejiang Youngman Lotus Automobile Company and Pang Da, two Chinese car firms, were buying Saab.

The deal hinged on the whether the Chinese government and General Motors (GM) would approve the deal. GM which used to own Saab, still has rights over some technology licenses Saab posses. GM blocked the deal, in fear that it's technology would end up being used by the Chinese, making them more formidable competitors.

Thus Youngman Lotus could not provide the necessary funding that would have kept Saab afloat. It informed Saab of the news, and the board then decided it was in the best interest of the company to file for bankruptcy.

Saab CEO, Victor Muller, filed the paperwork himself in Sweden. This officially ended his 2 year trial and tribulation to get the automaker back on it's feet. The Saab divisions that have filed for bankruptcy include Saab Automobile AB, Saab Automobile Tools AB and Saab Powertrain AB.

Saabs have been known for their quirky design features and sometimes difficult to understand mechanical workings. (Some refer to SAAB as “Something Always About to Break!) The cars have always had a bit of flair and fun, that somehow you can only get from a driving Saab.

Sales of Saabs though in the last few years have dwindled. In 2009, there were just 27,000 Saab vehicles sold. As GM went into bankruptcy in 2008, it was preparing to reorganize and shed brands. Saab was one of the brands that went up for sale.

A consortium attempt was led by the little known Swedish supercar maker, Koenigsegg. The deal fell through, but then Saab was acquired by Spyker, another small supercar maker. Spyker later changed its name to Swedish Automobile NV (SWAN). SWAN does not expect to get any monetary value out of the shares it holds in Saab.

In the last few years Saab vehicle production has been sporadic. Production stopped in March, then began again, then came to a halt. Saab did not have the cash on hand to support vehicle production, and if you are not building cars, you can't sell them.

Saab has been around for over 74 years. Like many aircraft makers it started to build cars after WWII. It built some venerable cars, like its Saab 99 Turbo.

Comments, Opinions and Thoughts?
I would love to hear readers comments, opinions, and thoughts. Do you think it was fair for GM to block the deal that could have saved Saab? After all they got a rather large bailout using US taxpayer money, which they have yet to pay back.

Please email me at [email protected] to share your thoughts.