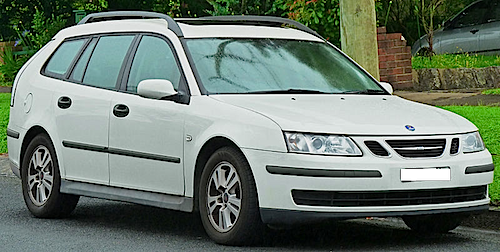 The finalization of the purchase of Saab by a Hong Kong company is here. The new company promises an electric car within 18 months.
Advertisement

Is this the wave of the future? Big automobile conglomerate buys niche car maker, runs it to the grounds, sells parts or the entire company to venture capitals who find fundings for a new alternative energy car company? It would seem so according to the latest Saab news.

Saab is part of the wave of mutilated small niche car players, once upon a time swallowed by a mega car company, only to be left half-digested, comatose on the sidewalk. In Saab’s case however, things are working out well. At the eleventh hour a Hong Kong based company stepped in to snap the remainders of the once eclectic carmaker with a strong and loyal following.

The New Saab. If General Motors couldn’t save Saab, neither did Dutch luxury carmaker Spyker. All 3,000 workers found their jobs halted as the company filed for bankruptcy in December 2011. Only 75 people are back at the factory, hopefully more to follow. But National Electric Vehicle Sweden, NEVS its new owner feels optimistic. It says it will operate under the same name, Saab but not its usual and current Saab logo. While the company has acquires Saab’s factory in Trollhattan, southwestern Sweden, it didn’t discuss how much it paid for it.

An EV In 18 Months. Saab’s story is a little different than Volvo’s and Jaguar, amongst a few others. It will choose a bold and radical future, that of embarking upon the electrification of its rolling platform. But Saab devotes worry about this daring turn of events. Saab has never been known to follow clichés and traditional routes. Saab has always been a little unique and on the fringes of the beaten path. Building electric cars is not such a culture shock for the carmaker and places it into a sustainable future, all puns intended.

According to the company press release, it has finalized its acquisition of the main assets of Saab Automobile AB, Saab Automobile Powertrain AB and Saab Automobile Tools AB. The announcement from Hong Kong-based National Modern Energy Holdings Ltd. confirms the new business plan for electric cars. In fact, the new company expects to introduce its first electric vehicle in approximately 18 months.

According to Karl-Erling Trogen, Chairman, National Electric Vehicle Sweden AB: “The efforts to implement our business plan can now be multiplied, focused on the development of a world-class electric vehicle in Trollhättan. In approximately 18 months, we plan to introduce our first electric vehicle based on Saab 9-3 technologies and a new technology electric powertrain.” The acquisition include the IP rights for the Saab 9-3, as well as for the Phoenix platform, tools, the manufacturing plant, and test and laboratory facilities.

In many ways, Saab continues its quirky history of going against the grain by boldly going where no bankrupt auto companies have gone before, the making of sole electric cars.

Nogear wrote on September 4, 2012 - 4:57am Permalink
Seeing as there simply isn't enough 'worth-while' oil out there to sustain China's automotive-hungry population on a gas-engine basis, this appears to be the right move. I'm glad Saab is the one doing it.
Nicolas Zart wrote on September 4, 2012 - 11:46am Permalink
Me too, since it is fundamentally Chinese backed. The cars will most likely head out to China where Saab's reputation still needs to be built. I feel it is a daring new horizon for this venerable old carmaker.
Nogear wrote on September 4, 2012 - 5:01am Permalink
Seeing as we are running out of 'worth-while' oil to drill, it seems that the world's demand for vehicles can only be sustained through an electrification of cars. I'm glad Saab is going to spearhead this :-)
Anonymous wrote on September 4, 2012 - 11:34am Permalink
I always liked SAAB, even when GM was running it to the ground. I am very happy they are coming up with something all electric, I hope they beat everyone out there. If I know SAAB they know what they are doing. Hope that SAAB can become a really big company. Electrification of vehicles has been going on for the last 20 years. If humankind can put a man on the moon I think we can use technology to run with very little gasoline or none at all. Good luck.
Nicolas Zart wrote on September 4, 2012 - 11:48am Permalink
That's what I like to hear. There are more solutions than obstacles. If we can put men on the moon, electrifying a car is chump change. Of all the companies, Saab has the right DNA to do this, provided they retain some of the original Swedish engineers. They are hiring right now if anyone wants to relocate :)