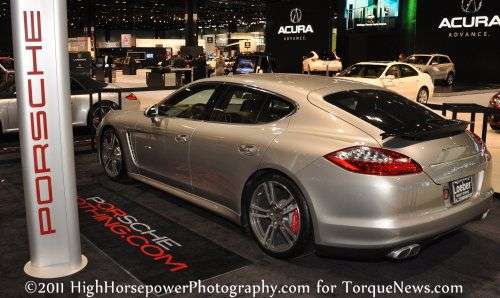 An interesting fact about the first Macintosh computer was that Steve Jobs wanted it to look like a Porsche 928. While the designer, James Ferris, thought the Mac should look like a Ferrari.
Advertisement

Jobs owned a Porsche 928 at the time, most likely influencing his opinion. This caused much debate among the two of them, according to a report on Jalopnik via an account from Folklore.org. The website, Folklore.org, tells the development process of the Original Mac.

Andy Hertzfeld, a member of the original Apple development team, recalls the discussion in March 1981 during a late night at the office. "It's got to be different, different from everything else." said Jobs to James Ferris, Apple's director of Creative Services. “For some reason, they were talking about cars.” Hertzfeld recalls.

"We need it to have a classic look, that won't go out of style, like the Volkswagen Beetle", I heard Steve tell James.

"No, that's not right.", James replied. "The lines should be voluptuous, like a Ferrari.”

"Not a Ferrari, that's not right either", Steve responded, apparently excited by the car comparison. "It should be more like a Porsche!" referring to his Porsche 928.

“I thought it was kind of pompous to compare computers with sports cars, even metaphorically. But I was impressed with Steve's passion for elegance in the industrial design and his powers of discrimination continually amazed me as the design took shape.” Hertzfeld said.

Several iterations of the Apple II were proposed to the original Apple team. Jobs was not pleased with most of these. His thoughts on the first model, "It's way too boxy, it's got to be more curvaceous. The radius of the first chamfer needs to be bigger, and I don't like the size of the bezel. But it's a start." Hertzfeld, “I thought it was cute and attractive, looking a lot like an Apple II, but with a distinctive personality all its own.” I guess Jobs wanted it to look more like a Porsche, or more specifically the Porsche 928 which he probably loved.

The final design was released in February 1982. A small party was held to commemorate the event with the whole Apple team.

Steve Jobs, the Co-Founder and CEO of Apple Computers, has died. Jobs helped launch the computing revolution with Apple's early products, such as the Apple II. He helped market products like the iPod, iPhone, iMac, and anything with “i” in the name. He was instrumental in launching iTunes, creating a new digital music frontier. Steve Jobs is a major figure in the technology world and he will be greatly missed.