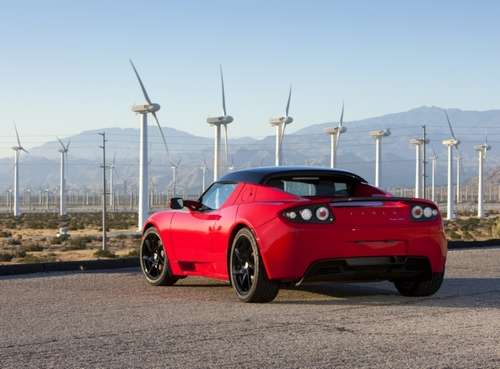 Tesla, the electric car company, has never turned a profit from making cars. Something many in the automotive and financial world are wondering, “Will Tesla make money in 2012?”
Advertisement

If you are an automotive enthusiast, environmentalist, techie, or just keep up with pop culture you have most likely have heard of Tesla. The car that made the company famous was the Tesla Roadster, a $100,000+ electric sports car that can accelerate to 0-60 mph in 4.2 seconds and has an estimated range of 200 miles a single charge.

Even though Tesla has had some big backers, including Hollywood elite and celebrities, it has been on a rocky road. Here is a list of some trials and tribulations the company has had: firing of one of its founders (Martin Eberhard), nearly going bankrupt, not being able to deliver Tesla Roadsters to customers on time, raising prices on waiting customers to raise cash, its CEO (Elon Musk) becoming known for throwing mass tantrums then mass firings, and probably some other stories I am forgetting.

Any automotive analysts, journalist, engineer, enthusiasts is most likely aware it is not east to start a car company. Such notable failures include DeLorean and Tucker. More recently another electric car startup, Aptera, had to close its door due to insufficient financing. It had interesting ideas about what cars in the future would look like, but it could not pull together money to fund plans for building a 4-door electric sedan.

Tesla almost suffered the same fate during the financial crisis. Elon Musk, Tesla's CEO and Co-Founder, had to wire his last $3 million to keep the company afloat. Musk amassed quite a large fortune selling another one of his startup companies, PayPal, to Ebay netting $180 million. This money vaporized quickly between the realities of trying to fund Tesla and running his space exploration company, SpaceX.

Musk was brash, cantankerous, and probably in over his head if he truly thought building cars would be easy. Tesla and him have learned that the hard way though, and it seems they are on track to truly make a difference in the automotive world.

While Tesla might have a lot of critics, it is hard to ignore the fortitude and guts Musk and the Co-Founders had, to go where no car companies wanted to go, electric cars. Bob Lutz even admitted that Tesla gave him the inspiration to convince GM to build the Volt. Many other automakers probably speed up development of EV programs and batteries, after seeing what this Silicon Valley upstart was going to achieve with their Roadster.

I have great respect for Tesla and the people who run it and Elon Musk. In the long run, I truly hope they are successful and I can write and review lots of Tesla vehicles in the future. They have a true underdog story reminiscent of David and Goliath, which is part of the appeal of Tesla.

However, it is still hard ignore the fact they have been unprofitable. The publicly traded company [TSLA] currently trades in the $28-29 range, which many financial analysts think is high.

Tesla with their new Model S, might actually make a profit in 2012 though. It was recently announced the prices they quoted on 6000 or so waiting customers will not change. Unlike what the company was forced to do on the Tesla Roadster. The Model S is Tesla 4-door luxury sedan that might could really change start to change the market.

While the Tesla Roadster is really cool and lots of people want them, 2-seater cars are just impractical. For getting around town, transporting kids, dogs, groceries, 4-door sedans are ideal.

The business scenario for building sedans is so strong Tesla will wind down production of the Roadster. (In my opinion a mistake!) Tesla is also planning on building an electric SUV off the Model S platform and hopes to develop a sedan in the $35,000 range. They are thinking with their heads, not what an auto enthusiast wants. This is the right plan.

Musk in the past has made statements about Tesla and the financial situation the company is in, but those claims usually turnout to be false. It seems that 2012 might be the year where Tesla doesn't need to make false claims and that it might turn a profit even if it is small.

I wish Tesla the best in 2012 and hope they keep giving big automakers a run for their money.

Larry wrote on December 31, 2011 - 6:25pm Permalink
Will Tesla make Money in 2012? Well, even Elon Musk states that the company won't be profitable until 2013. Larry
Adam Yamada-Hanff wrote on January 1, 2012 - 4:03pm Permalink
Some analysts believe he might prove himself to be wrong, which would be a good thing. :) I hope they will be profitable sooner than later.
Larry wrote on January 1, 2012 - 7:28pm Permalink
Hi Adam, Yes, I'd like to see profitability sooner rather than later too. However, its wise for Mr. Musk to be conservative in his estimates. Under promise and over deliver. ;-) I'm sure there will be a lot of additional expenses needed in 2012 to start production. For instance, they'll have to greatly increase their staff just to produce the limited production numbers in 2012.
Anonymous wrote on January 2, 2012 - 12:31am Permalink
when musk lived in canada he saw the 2 electric car companies already in existence there, then sought to buy into eberhardts company strapped for cash, then did the expert hostile takeover any bankruptcy expert does when he steal someones company. the rumor he had much of anything to do with pay pal except his sleazy15 % and being fired from the board of directors almost as he was hired---then the internet myth of being a philanthropist,wikipedia donation entitles you to writeup your own history, part of his immense P R Stunt campaign, then theres the buddy deal with betty soretoe, and his love affair, which gets him funding for spacex, which took years to copy a russian 1925 liquid oxygen, kerosene long range rocket that got a payload of cheese 185 miles befor e a 60's splashdown, using NASA scientists, his claim to fame a physicist, which reality shows he dropped out of grad school in physics after 2 confusing days, solandra gets trashed while solar city gets contracts to install solar panels on state side bases. the south african draft dodger, canadian bankruptcy artist, amoral, conman will dissappear when his money train stops, making a profit is not in his bag, since his flying all over in a private plane and the canadian connection drew interest in distribution of other elemental compunds, his money making days ended with scrutinity. Its amazing to see what presidential perogative and czars can do for foreigners who would never pass a security screening
Adam Yamada-Hanff wrote on January 3, 2012 - 9:29am Permalink
Hello, I appreciate you commenting. I have never heard of that story about Musk in Canada. Could you direct me to where you read or heard about it? I don't disagree that Musk is brash and arrogant. Many of his actions really do not deny that. He has admitted that he does not keep up with what other automakers are doing, which is shocking for a CEO of an automaker. It doesn't matter if they are building electric cars! Adam
Patrick Rall wrote on January 4, 2012 - 12:19pm Permalink
I dont think that Tesla will be profitable until they find a way to make their vehicles more mainstream. In other words, until they are selling a huge number of vehicles, I dont think that theyre going to be profitable. Selling a huge number of vehicles will require them to offer move vehicles and possibly more models so that someone other than the very wealthy can afford them.
Adam Yamada-Hanff wrote on January 4, 2012 - 2:49pm Permalink
Just because they are building expensive cars on a small scale, does not mean they cannot be profitable. I think for awhile Tesla can enjoy a price premium because of the PR hype around the company. I assume there are a lot more rich people willingly to shell out money for Teslas, then the production capabilities they currently have.