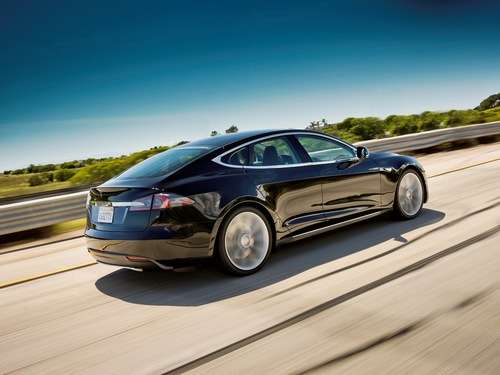 Tesla, the electric car company, lost a libel claim against Top Gear, the immensely popular BBC automotive TV show, in a court ruling today. Tesla is still continuing it's court battle against Top Gear and the British Broadcasting Corporation (BBC), regarding an episode where it showed the company's Roadster running out of battery charge on its test track.
Advertisement

"In my judgment, the words complained of are wholly incapable of conveying any meaning at all to the effect that the claimant [Tesla] misled anyone.” ruled Justice Tugendhat who is handling the case in Britain’s high court. The honorable Justice added, "This is because there is a contrast between the style of driving and the nature of the track as compared with the conditions on a public road... are so great that no reasonable person could understand that the performance on the [Top Gear] track is capable of a direct comparison with a public road."

Tesla is continuing it's legal battle against Top Gear, claiming that the hosts made additional false statements about the Roadster. The company claims that Top Gear used “staged” film to show that the car ran out of battery charge. As well as showing a brake failure which made the car immobile and caused overheating to occur. The BBC wants Tesla's claims thrown out.

Tesla is also upset that the syndication of that Top Gear episode continues. In a statement by the company, “Tesla simply wants Top Gear to stop rebroadcasting this malicious episode and to correct the record, but they've repeatedly ignored Tesla's requests."

The company first complained about the 2008 episode after it aired. They were upset that Jeremy Clarkson, one of Top Gear's three hosts, made the statement that the battery ran out after 55 miles of driving on its test track. Tesla claims the car can achieve 200 miles on public roads and in real world driving.

It is important to note here that the car was not driven on public roads, but Top Gear's test track. Andy Williams, Top Gear's Executive Producer, responded to the ridiculous claims by Tesla on the Top Gear Transmission Blog on April 2nd, 2011 with this important point, “We never said that the Tesla’s true range is only 55 miles, as opposed to their own claim of 211, or that it had actually ran out of charge. In the film our actual words were: “We calculated that on our track it would run out after 55 miles.” Meaning when driven hard, like most cars are on Top Gear, the battery will deplete faster.