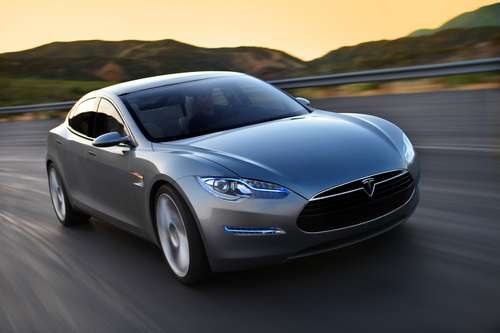 The Tesla Model S pricing for the full range of Model S trims has been announced. Luckily for the roughly 6,000 people who have put down deposits on Model S sedans, there is no price increase like there was on the Tesla Roadster.
Advertisement

This announcement comes after lots of speculation that Tesla and Elon Musk, Tesla's CEO and co-founder, might not be able to deliver the Model S at the promised starting price of $50,000.

Tesla might be a media darling and icon for Hollywood icons, but it still could not escape the immense cost of designing, building, and selling cars. Tesla ran into financial trouble when trying to deliver the Tesla Roadster to customers who had put down large deposits, forcing the company to increase prices. This caused quite a stir, and some unhappy customers that lost faith in Tesla.

It seems though the company will be able to make good on its price targets this time around.

On a blog post today on Tesla's website George Blankenship, Tesla's vice president of worldwide sales and ownership experience, said, “I'm happy to say that all Model S pricing remains unchanged, including the basic version with the 40 kWh battery at the price we announced in 2009 of $49,900 after federal tax credits $49,900 includes our game changing 17" Touchscreen, 19" Wheels and a Universal Mobile Connector with three adapters that will allow you to charge at home and on the road. This is an incredible car at an incredible price.”

Tesla should be going into 2012 happy that it can deliver on it's pricing promises and goals. However, it still has not made any money selling cars. The real question Tesla faces when the Model S goes on sale in 2012; Will the Model S make $?