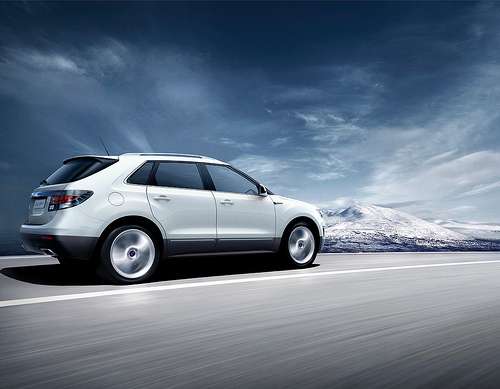 GM gets Bailout, Why not Saab

It was recently announced that Saab, the venerable Swedish automaker, filed for bankruptcy protection. Saab did not need to do this though, as it had a chance with two Chinese firms to pull itself out from the dire financial situation it found itself in. However, General Motors (GM), blocked the deal. This begs the question... why can't Saab get a bailout?
Advertisement

General Motors received a large investment by the Treasury Department back in 2009, when GM was forced to declare bankruptcy on June 1st of that year. This was not the Government's responsibility or obligation to give GM bailout money, but the Obama administration felt forced to save Chrysler and GM from collapse.

Saab was one of many brands that GM owned, that went on the chopping block along with Saturn, Pontiac, and Hummer. This lead Saab on a rocky road to save itself from financial collapse. I could go through all the ins and outs, banks, supercar makers, Russian billionaires, and other seemingly odd and tumultuous stories that Saab has been through over the past few years. However, it would take a book to write about all of them.

Saab's most recent lifeline was going to come from two Chinese car companies, Zhejiang Youngman Lotus Automobile Company and Pang Da. The plan was for the two companies to buy Saab and infuse cash into the company so it would not have to go bankrupt.

GM, who has been known to make smart and rational decisions (remember the EV1?), blocked the deal in fear that the Chinese automakers would gain an edge by utilizing Saab's technology and expertise. GM was able to block the deal because it still has rights over technology licenses over some Saab products.

This might seem like a smart decision at first, but as my colleague Keith Griffin pointed out in his recent News Opinion piece, this was a extremely large misstep on GM's part. When Saab's assets go up for sale in bankruptcy court, they will be able to be bought by any company. GM will have little control in dictating who will be able to buy those assets. The Swedish bankruptcy courts are not going to say “No” to willing buyers just because some GM lawyers are complaining about it.

Besides when you buy a company, it is a given you gain technology and expertise. GM obviously wanted to gain something from buying Saab back in 2000. (Maybe to improve a terrible lineup of cars.)

Saab has gotten a bad reputation over the years. Car people sometimes refer to SAAB as “Something Always About to Break!" The cars have always had a bit of flair and fun, that somehow you can only get from a driving Saab though.

The reality is GM was scared of letting these Chinese car companies gain an edge. Maybe they know something we don't, but this aversion to embracing the competition is partly what has led them to a much deserved demise.

This is reminiscent of the Japanese showing GM how they made cars 20-30 years ago. GM management and workers were totally against their more efficient and better processes.

It seems to me that the GM, while claiming to have changed, still is stuck in their old ways of thinking. If GM executives still want to cling to the old ways of doing business, they should have been thrown out with the bailout.

Soon the Geely Emgrand EC7 will be available in the UK. The Emgrand EC7 has even received a 4-Star Euro NCAP safety rating and looks to be a competitive car. Eventually Geely, a Chinese car company, will make it over to the US.

If GM is allowed to get a bailout and pull itself out of financial ruin, so should Saab. Sad times for the automotive world when GM executives can lead Saab into bankruptcy. Especially when their stupidity is funded with my money... and your money!