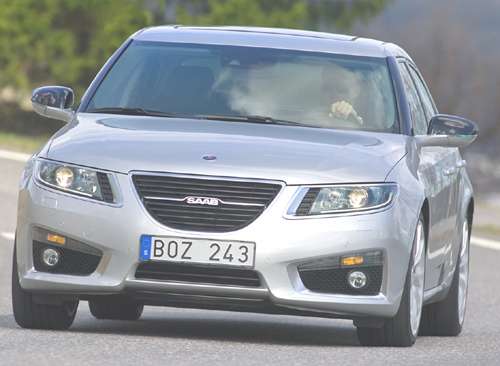 In keeping with the themes of the season, the truth has to be told. GM is the Scrooge that has successfully put Saab into bankruptcy by refusing to let the company be sold to Chinese investors.
Advertisement

There is no clearer villain in the Saab bankruptcy than GM in spite of its attempt to look like the good guy in all of this. Backing some warranty claims while putting hundreds of people out of work, shuttering dealers, and, frankly, screwing people who bought Saabs in the last two years makes GM the Scrooge

A quick recap is in order for what GM has done to put out of business the beloved Swedish automaker. Saab had Chinese investors lined up to keep the company out of bankruptcy. Then GM stepped in and said no. It was worried about proprietary information getting leaked to the Chinese who were buying the company.

GM, in effect, said ABC – Anybody But the Chinese. The problem is nobody but the Chinese were interested in acquiring the company for the exact purpose of getting its hands on Saab technology. It's certainly not just to sell Saabs because the company never generated that kind of volume.

Yet, here's the kicker. By forcing Saab into bankruptcy and ultimate liquidation (a distinct possibility) the pieces of the company are going to be up for purchase by anybody. Sure, GM will fight these acquisitions but ultimately lose in Swedish bankruptcy court and its technology is going to be out there for the world to examine.

Technology that at this point is probably obsolete or been so closely pored over by the competition that it might as well be on Wikipedia for the world to see. Surely GM knows that if Chinese manufacturers want the technology, they already have the technology.

Let's say they don't. Then look for Chinese manufacturers to hire the scores of Swedish workers that are going to be laid off. Expect to see a Chinese firm setting up shop in Switzerland in the near future once the bankruptcy is finalized.

In the meantime, the Saab dealers in the United States, who toiled long and hard to make a go of the brand while GM owned it, have been told to go pound sand. GM has made the cars they sell, both new and used, lose significant value and made them next to impossible to sell because Saab can no longer offer incentives because it is in bankruptcy.

What if GM was right? That means Ford was wrong when it sold Jaguar/Land Rover to Tata, a company from India with a population close to rivaling China, and for selling Volvo to Gheely, a Chinese company.

But Ford wasn't wrong. It's a global player that understands the global marketplace. GM doesn't and possibly has risked its ability to do business going forward in China through its closed borders approach to Saab.