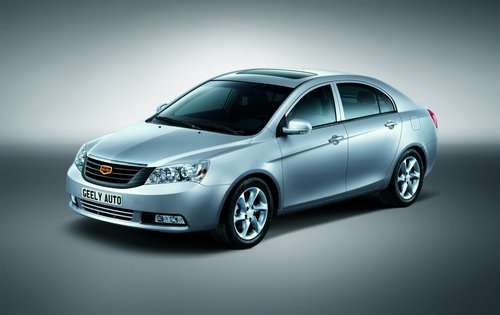 Chinese automaker Geely to enter UK market in 2012, US debut could be coming

The Chinese automaker Geely has some big news - it will be entering the UK market at the end of 2012, with some impressive models arriving in dealership showrooms. This could be a major sign that Chinese cars are on their way to the US soon.
Advertisement

Geely reached an agreement with the Manganese Bronze Holdings (MBH). MBH wil become Geely's distributor for selling cars in the United Kingdom, as well they will supply parts and provide an maintenance on vehicles. The UK distributor operation will be known as Geely Auto UK.

Geely and MBH are already working together manufacturing the iconic London black cabs for the UK market. Manufacturing takes place in Coventry by The London Taxi Company, which is a division of MBH.

Geely Auto UK headquarters will share offices with the London Taxi Company in Coventry. This will allow them to utilize the existing workforce that has expertise in marketing, logistics and finance.

“We are all aware of the success that the Korean brands, Kia and Hyundai have had in the UK and we can work with Geely to achieve similar success in the future” said John Russell, Chief Executive Officer of MBH.

“We are starting with a clean sheet of paper with the distribution of Geely passenger cars into the UK, the first major Western European country to receive them. We will start by importing the Geely Emgrand EC7, C/D segment sized four door saloons and five door hatchbacks, initially with 1.5 and 1.8 liter petrol [gas] engine options. But Geely has a comprehensive range of models well suited to European requirements. We will be aiming to widen our range just as quickly as possible, probably at least a new model range every year for the next four to five years”. Said Matthew Cheyne, who is the Market Development Director of Geely Auto UK. Mr. Cheyne is also heading up the team responsible for the sales, marketing, anddealer development and distribution of Geely vehicles in the UK.

The first Geely car to be sold in the UK, the Emgrand EC7, will have a price range of approximately £10,000 British pounds. (That is equivalent to about $15,600 dollars.) Geely cars will carry a five-year, 100,000 mile warranty. It should be an attractive choice for car buyers looking for a bargain.

Cheyne added “At this stage we are not volume driven but we will increase our sales significantly as customers get to know our products and more models are added to the range.” He hopes to add a dealer network of around 30-40 to grow the brand and gain momentum in the UK market. The are building a website for Geely Auto UK, which will go live soon.

Geely has already made headlines for buying the well-known Swedish automaker, Volvo, from Ford. This sale was widely seen as an important and significant step for an Chinese automaker, since Geely can now call upon Volvo's technical expertise for manufacturing Geely cars.

It will be interesting to see how Geely establishes itself in the UK. Most likely this will be a testing ground for the rest of Europe. The real question will be when Geely cars will be making their way over to the US, since we are bound to have Chinese cars on our roadways sooner than we think.