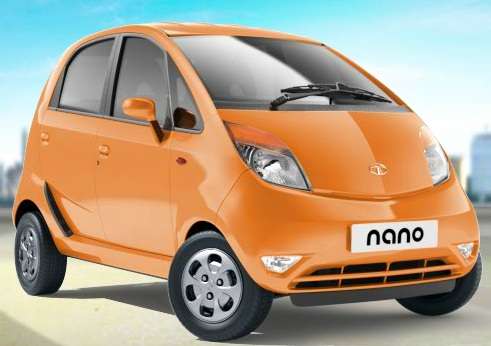 The Tata Nano, which is known for being the world's cheapest car, is being recalled. Tata is replacing the starter motor free of charge to 140,000 owners of Tata Nano cars.
Advertisement

The recall, originally reported by India Today, is not due to any major problems with the Tata Nano. This is at least what the company is claiming. Some customers have reported starting issues with their cars, which most likely prompted Tata to replace the motors free of charge.

"The replacement will cover the entire lot of Nanos produced since the launch of the mini car in 2009 and sold till November 21 this year," said a Tata spokeperson. The recall excludes 2012 Tata Nano's, which began to come off the assembly line on November 21, 2011.

Tata Motors denies that replacing the starter motor constitutes a recall. "We have devised a better starter motor and so we are upgrading it in our old Nano cars for improved performance.” said the spokesperson. “We have not received any complaint from the customers for this and this is not a recall.”

The company started replacing starter motors in October and has already replaced motors in 50,000 Tata Nanos.

The cost of replacement is not known and Tata has denied to give out figures regarding what it will cost the company. It is estimated that it will cost Tata around 10,000,000 Indian rupees, which is equivalent to $190,000 US dollars.

To date this is the largest “recall” in India's automotive history. The Tata Nano has sold well, due to the large media hype and obviously the price point of the car which attracted lots of buyers when the car first debut.

However, sales have lagged partly due to reports of some Nanos catching fire. (Hey, its a cheap car. Everything can't work perfectly!)

Tata recalled over 70,000 Nanos to install a fuse in the electric wiring system. This prevented a short circuit that was figured out to be the cause of the fires. After the fix, there were no more reports of Nano fires.

Tata introduced a revamped Nano recently that has a more powerful engine, better fuel efficiency and new features. The price, equivalent to $2500 US dollars, remains the same.

Tata also launched a new strategy to try to rebound the slowing sales of the Nanos. The company is offering a host of benefits, which includes a four- year free warranty and low cost maintenance contract at no extra cost.