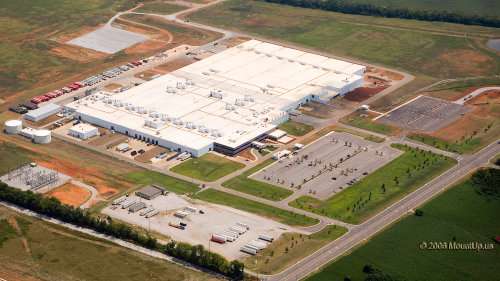 Toyota announced this morning that they will invest $80 million in their Huntsville Alabama engine plant in an effort to increase production capacity of V6 engines – an investment that will add 125 new jobs.
Advertisement

This $80 million investment in the Toyota Motor Manufacturing Alabama facility commonly referred to as TMMAL will allow the company to build a new 300,000 square foot build specifically for the increased production of popular V6 engines. This new V6 engine facility with TMMAL is expected to be ready to start production in March of 2014 and this expansion to the V6 production program will increase the capacity by 216,000 – to a total available output around 362,000 units annually.

Overall, the new V6 building at TMMAL will increase overall engine production in Huntsville Alabama to over 700,000 inline-4, V6 and V8 engines each year. TMMAL currently builds 4-cylinder and V6 engines for the Camry, RAV4, Venza, Sienna and Highlander along with producing V6 and V8 engines for the Tacoma and Tundra pickup trucks. When combined with the output of the West Virginia and Kentucky engine facilities; Toyota engine production in the US will top 1.4 million units.

“Toyota Motor Manufacturing Alabama has been a dedicated corporate citizen in Alabama for more than ten years, and today’s announcement is an exciting new chapter for this company and this community. Toyota’s success in Alabama is a testament to the hard-working men and women of the production and leadership teams who have dedicated themselves to producing quality products,” said Alabama Governor Robert Bentley. “This expansion is also a testament to the business climate we’ve worked hard to create in Alabama – a climate in which companies are encouraged to expand, innovate, and create new jobs. We thank Toyota for the company’s continued confidence in Alabama and Huntsville, and we look forward to a continued long-term relationship."

Along with the massive new V6 production building at the Huntsville plant will come 125 new jobs, increasing the total employment by 10% to 1,150 workers. When combined with the announcements made pertaining to plant investments in West Virginia, Kentucky and Canada over the past few months – Toyota’s manufacturing branch has planned more than 1,100 new jobs in North America that will open up over the next few months as these expansions take place.

Toyota, like other foreign automakers doing business in the United States, has made great strides to produce as many of their vehicles in the US as possible. This allows the company to advertise about how “American” they are and while not everyone may agree with this advertising angle – it is good to see a global company investing money and creating new jobs on American soil.

Tesla-Funded Research Reveals One of The Biggest Mysteries of EV Battery
Tesla Tesla Buyer Nets a Whopping $12,000 Discount After Asking for Reduction
END_OF_DOCUMENT_TOKEN_TO_BE_REPLACED