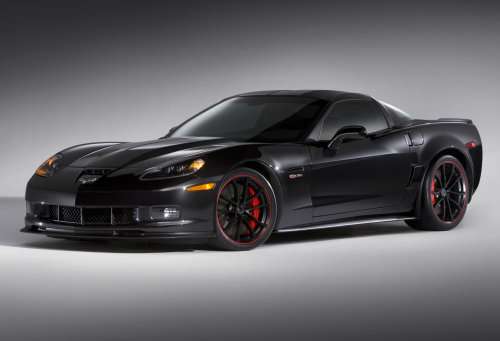 The 2012 Chevrolet Corvette Centennial Edition was the first indication of changes to the 2012 model year Corvettes but thanks to a forum post by a Montana-based Chevy dealership, we now have a very clear look at the changes coming to next year’s Corvette.
Advertisement

The information, posted by a representative of Fichtner Chevrolet in Laurel, Montana on CorvetteForum.com, runs through the additions, changes and deletions being made to the Corvette for the 2012 model year. Considering that this information comes from a Chevrolet dealership – this should be a pretty complete look at what to expect when the 2012 Corvette hits the lots.

The biggest news for the 2012 Chevrolet Corvette is the ZLC Chevrolet Centennial Special Edition, which we talked about late last week (click here for more on the Centennial Edition Corvette). Once you get past the details on the 100th anniversary models the most interesting information pertains to upgrade packages for the high performance Corvette Z06 and ZR1.

The 2012 Corvette Z06 offers two high performance packages for 2012, the F55 Magnetic Selective Ride Control package which adds the ZR1’s high performance ride control system, Performance Traction Management, new black cup style lightweight aluminum wheels (19” front, 20” rear) and Michelin Pilot Sport2 tires. If you are looking at a 2012 Z06 and you want more than the F55 package, you can step up to the 2012 Z07 – Z06 Ultimate Performance package. The Z07 package starts with the Magnetic Selective Ride Control, Performance Traction Management and the lightweight aluminum wheels from the F55 package but the Z07 option adds Michelin Pilot Sport Cup tires and the Brembo carbon ceramic brakes, similar to those found on the Corvette ZR1. If you do not like the black cup style wheels, you can also select an optional machined-face cup style wheel and if you want to trim a little weight, the 2012 Corvette Z06 also had a carbon fiber hood option (code B92).

Those who are looking at a 2012 Chevrolet Corvette ZR1 have some choices of their own in the way of improved performance thanks to the new ZR1 High Performance Package (code PDE). Since the ZR1 already comes with the Magnetic Selective Ride Control and Brembo carbon ceramic brakes, the ZR1 High Performance Package adds just the black cup style lightweight aluminum wheels (similar to those offered in the Z06 performance packages), Michelin Pilot Sport Cup tires and a 6-speed close-ratio manual transmission. As is the case with the Z06, 2012 Corvette ZR1 owners can opt for a machined0face cup style wheel in place of the black rims.

In addition to these high performance packages for the 2012 Z06 and ZR1, the 2012 Corvette lineup also gets a new exterior color with Carlisle Blue Metallic, a new steering wheel design and a new technology package that adds Bluetooth for select phones, Head-Up Display, a Bose stereo system with 9 speakers and new subwoofers, navigation and a second USB port. 2012 Corvette convertible owners can now select a blue soft top and for 2012 Corvette purchase orders, buyers can select their own VIN (availability and approval pending).

The 2012 Chevrolet Corvette also has a few options leaving the lineup as Black and Jetstream Blue Metallic Tintcoat have been removed, along with the AM/FM stereo with 6-disc in-dash CD changer. It will be interesting to see how long Chevrolet goes without offering black as one of the Corvette’s normal color choices but with the new Carbon Flash Metallic (it’s black, FYI) being used to differentiate the Centennial Edition Corvettes, we should expect to see a standard black color option return by 2013 at the latest.

Check out the gallery below for a closer look at the 2012 Chevrolet Centennial Edition Corvette.