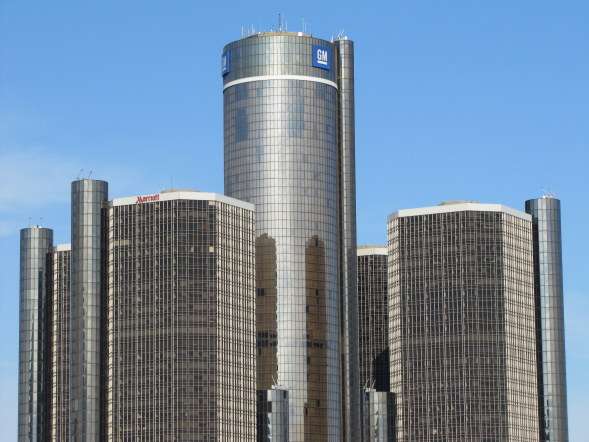 If published reports are correct, the plan by U.S. Treasury to sell "a significant share" or "big chunk" of its remaining stake in General Motors as early as this summer, would result in a net loss to taxpayers.
Advertisement

Recall how the Obama administration stated taxpayers would make money back on a sale of GM stock. Well, that’s what Treasury Secretary Timothy Geithner and other administration officials suggested back in 2009.

Now we learn that Mr. Obama wants out of GM. Question is, why? And why now? After all, the stock has tanked below 30 after it rose to a high of 39.48 after its IPO last fall. It's understood if the stock goes down further, the drawdown would exceed an estimated $11 billion. If sold now, that is no longer a drawdown but an admittance of loss and a bad investment on the government's books. And that loss is wholly owned by taxpayers.

Question is, why sell now if the fundamentals are still sound? Well, can you spell political expediency?

This could only get uglier if the US government was to sell to a foreign entity; like China for example. Frankly, I heard that as a rumor today among GM employees of all people, but have been unable to substantiate it from news resources. As much as I have to dismiss that rumor at this time, deep down I know it could happen. Didn't the last sale bypass taxpayers?

Regardless of who sells what to whom, I understand wanting to unload the political tag, but only a fool would not have caught in the first place that the letters, GM, could have more than one meaning.

Point is, while it may be the right of the government to sell when it pleases and to whom it pleases, that would not be prudent, especially if President Obama wants to be reelected. For one, just selling at a loss would stiff the US taxpayers of opportunity. Second, rumor or not, any sale bypassing American taxpayers would stiff the taxpayers even further.

If the US government is going to sell at a loss anyway, it should be made available to the taxpaying investors in America to purchase at these depressed prices so they have the opportunity of profit, especially if the so-called value is there, and all it needs is time.

For the record, citing people familiar with the matter of selling its stake, the Wall Street Journal reported the Treasury has not yet contacted GM about a target date for the sale, but is considering June, August or September. And Akerson told CNBC’s Phil LeBeau yesterday that he had not been officially notified.

Also for the record, GM shares traded intraday as low as $29.17 on Tuesday. This is the lowest point since the automaker returned to public trading last year, well below the initial IPO price of $33. On the other hand, GM stock picked up today trying to get back above 30, as the general market went wild to the upside. It closed today at $29.94.

Be apprised, though, the Treasury still maintains a 33 percent stake in GM even after selling some stock last year. Now comes the kicker: The US government would need to sell its remaining shares at $53 apiece just to break even, according to the Journal.

Now see here 007, when you pull this sell-lever, you get an immediate loss of at least $23 per share at today’s price.

Of course, there is no mention by the government defending its earlier words that it would not make money on the investment. Not too surprising from a government that only knows deficit spending.

Even Reuters reported the Treasury has not yet decided on the exact timing or size of the sale, but says a source has indicated it could take place in summer or fall. Gee, I wonder who their source is.

Among those respected two reporting sources, there was no mention of any sales to the Chinese government or any other government. If it was true, it would have made major headlines everywhere.

The sins and faults of the US government are not pretty

The White House forced GM into bankruptcy, because there was little choice; not a sin by any stretch. The error, though, came when the government intervened in bankruptcy law, whereby the bondholders got the shaft. Then the government turned over a chunk of the ownership to the UAW, an unprecedented move by any standard.

Then GM hid behind the government as it closed dozens of dealerships, regardless of their profitability, and often in total violation of the law of several States. So much for Federalism.

Did I mention stiffing retirees? While the UAW still pays less for any of its medical benefits, the retirees have to live with $5k deductibles, and government employees retain their benefits.

Then came the announcement of the 1st quarter sales for GM, which justified paying part of so-called profits to UAW members as $4,000 bonuses each and management mega bonuses, while the company still owes the government.

So, were earlier articles and government proclamations of bailout success a bit misleading? It seems so. No doubt federal intervention helped save GM and Chrysler plus numerous jobs in Michigan and around the country.

Fact is, the bailouts and resulting ownership stake now remain a political liability for Obama and his second running. So does that mean the dumping of the “Government Motors” tag should also be a cost to taxpayers? I see; taxpayers get all the downside, and politicos get all the upside. Nice deal if you can get away with it.

The legendary stock and commodity trader, W.D. Gann, once said that “timing is more important than price.” In this case, timing an event for political expediency in lieu of financial profit is just plain poor execution of fiduciary responsibility, in my opinion.

But if that expediency dictates damning the torpedoes, at least give the tax payers the opportunity to get in on the fire sale over any foreign entity, whether that rumor be true or not.

Disclosure: Frank Sherosky, creator of stock charts and author of "Awaken Your Speculator Mind" does not hold any stock or option positions in this equity at this time.

Dan Detroit wrote on April 22, 2011 - 11:48pm Permalink
Kind of silly to write about giving the taxpayers an opportunity to buy. Anyone, taxpayers included, can buy GM stock at market whenever they want. if you think it will go down, buy it now. If you think it will go down, buy it then. It is a shame that political expediency may force an early sale. Analysts have set $45-$50 as one year target. GM will report strong profits every quarter this year, but even then, the stock is unlikely to reach the $53 break even point before the congressional elections.
Anonymous wrote on June 3, 2011 - 6:09pm Permalink
gm builds junk. recalls on almost everything they've built. look 4 yourself lemonlaw.com gm recalls . gov should have bailed out tax payers not GMs junk
Anonymous wrote on July 1, 2012 - 3:04pm Permalink
everybody gripes about the governments $50b dollar taxpayer gm bailout but no one thinks about the millions of taxdollars the government is giving to the chevy teams in nascar each year i read that national guard gave #88 earnharts chevy 28 million last year no mention of how much taxdollars goes to newman from the us army

Tesla Giga Berlin's New Hurdle: It's Not Only the Gov't, but Now Tesla Itself
Teslas Are Sold Out Until 2023, But The Timing May Reverse
END_OF_DOCUMENT_TOKEN_TO_BE_REPLACED