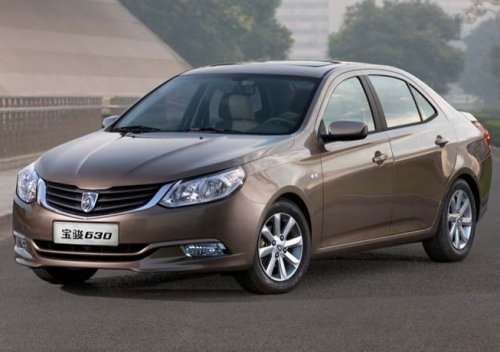 Today, General Motors CEO and Chairman Dan Akerson spoke before a group of media in Beijing China, where he offered a look at the future efforts of the company in the booming Chinese auto industry.
Advertisement

General Motors saw fantastic sales figures in China in 2010 with over 2.35 million vehicles sold – helping them to lead the Chinese market in sales for the sixth year in a row and with this hefty number of vehicles sold last year, China was GM’s top market in terms of sales (the US was second, Brazil is third). This was accomplished with the help of brands familiar to those of us in the US like Buick as well as Chinese-exclusive brands like Baojun (shown on the left) and as the Chinese market continues to grow, GM plans to make investments to help them continue to lead in Chinese sales.

The main means of doing so will come in the form of 20 new or upgraded models across the GM brands sold in China over the next two years which will likely include the Chinese introduction of the Chevrolet Volt (although it is not likely to be badged as a Chevy in China). The Chinese auto industry passes the Japanese market to become the second-largest segment in the world behind the US, making the Chinese market a key source of success for every major global automaker.

During his discussion with the Chinese media, GM CEO Dan Akerson offered a few quotable comments but this one just about sums up the entire discussion, mentioning the importance of the Chinese market and the company’s intention to continue to grow even though they have been the market leader in sales for six straight years:
“GM will continue to make China one of our priorities. We plan to introduce more than 20 new and upgraded models over the next two years, strengthen our local product development capability, expand our cooperation and sharing of technology with local partners, and lead in the introduction of new energy vehicles including the Chevrolet Volt extended-range electric vehicle. All of this is part of GM’s long-term commitment to the sustainable development of China’s automotive industry.”