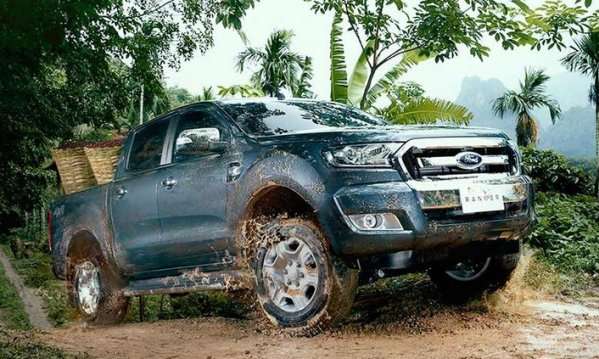 Ford Ranger Could Return to the US in 2018

The Ford Ranger has been gone for a few years now and the Twin Cities Assembly plant which built the Ranger has since been closed and torn down. Ford insists that those folks who would have normally bought a Ranger will instead buy an F150, but with the F150 prices rising right along with the popularity of other midsized trucks like the Toyota Tacoma and the Chevrolet Colorado, it looks as though the Motor Company is having a change of heart.

Ford is currently in talks with the auto workers union as they work for a new labor contract and it seems that one of the key bargaining chips for both parties is the rebirth of the Ranger in the US market.

Ranger Could Come to Detroit
Ford Motor Company announced in July that production of the popular Focus and the not-so-popular C-Max would be moving from the Wayne Assembly Plant in Michigan to Mexico in 2018. Needless to say, that caused some concerns within the UAW ranks, as losing the bulk of the production vehicles from Wayne would likely kill the plant.

Well, Ford is currently in contract talks with the UAW and in those talks, the company is considering a US return for the midsized Ranger and if it does return – it would likely do so in time to be built at Wayne Assembly in 2018 when the Focus and C-Max move to Mexico.

Clear Demand for the Ranger
Ford killed off the Ranger after the 2012 model year, citing a lack of demand for a small pickup truck combined with increased interest and acceptance of the larger F150. Basically, as the Ranger got bigger and more well-appointed, the price of the Ranger was overlapping with the F150 and, according to Ford, those people should just buy an F150. This was the same basic factor that killed off the Dodge Dakota, as the Ram does more without costing much more.

That works for some buyers, as the least expensive Ford F150 in 2013 and 2014 wasn’t much more expensive than the 2012 Ranger, while being more capable, roomier and, in some cases, more fuel efficient. The problem is that for those folks buying base model midsized pickups, the Ranger offered a low price that you just cannot get from the F150 – especially the 2015 F150. Because of that, budget buyers who want a midsized truck are forced to look elsewhere.

Over the past few years, the Toyota Tacoma has positioned itself as the undisputed king of the midsized pickups, but the new Chevrolet Colorado and GMC Canyon have proven to be very successful – leading to a spike in midsized truck sales. Not surprisingly, in seeing this increased popularity in smaller trucks, Ford is revisiting the return of a Ranger to the US.

Ranger’s Return to the US
While a return of the Ford Ranger to the US makes perfect sense with the current buying trends in the industry, people shouldn’t get too excited yet. First of all, this return is currently being used as a bargaining chip in union negotiations, so this is far from official news of a guaranteed Ranger return to the US. More importantly, even if the Ranger does return, with production set to begin in 2018, it would likely be a 2019 model year vehicle. This means that at best, we are still three years away from seeing a new Detroit-built Ranger at your local Ford dealership.

Jim Wagstaff wrote on September 3, 2015 - 3:19pm Permalink
Here's an article I just ran across. Looks like it might be a while.
Bret wrote on September 19, 2015 - 9:03pm Permalink
I sure hope so. Demand for used Rangers is very high and I find a lot of contractors miss the platform. What I don't want from Ford is a Mid-size truck. Really, hope for a small compact truck that is based on a body on frame concept. It should be every bit as customizable as the Toyota's of the 1980's and 90's before the Tacoma went mid-size.
Phornsay wrote on September 4, 2016 - 12:54am Permalink
I have one already and need to have new version 2018, so looking forward to have it great performance