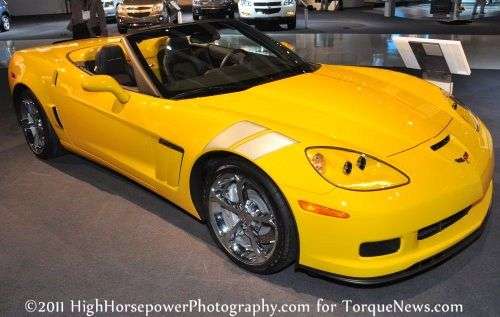 The final sales results for the US auto industry in 2010

The final numbers from 2010 are in from around the auto industry and the one good thing about the terrible year that was 2009 is that 2010 numbers show strong growth for everyone – except for Toyota.
Advertisement

It is hard to believe that any automaker could have had a year of negative growth in 2010 after 2009 brought one of the worst years for automakers in decades but thanks to their negligent recall practices, the Japanese automaker struggled throughout the past year. This caused them to see a drop of less than 1% in sales from 2009 to 2010 which doesn’t seem like much of a big deal until you consider that the Toyota group was the only multi-brand automaker in the US market to see a decline in sales through 2010. The next lowest multi-brand company in terms of growth was American Honda with a 7% increase over the previous year.

General Motors was once again the top-selling auto company in the US with 2,215,227 units sold. This number includes the vehicles sold from Hummer, Pontiac Saturn and Saab prior to their sale to Spyker; accounting for a gain of 6% over 2009. However, if you remove the 2009 and 2010 sales numbers for the deceased GM brands, the remaining General Motors brands saw a 21% improvement over 2009 – making them the strongest company in the US in terms of growth.

Toyota’s shameful year allowed Ford Motor Company to leap into the 2nd spot in total sales, lead by the Ford brand. Ford moved 1,756,439 cars, trucks and SUVs in 2010 for a 19% increase over 2009, making Ford the best-selling single brand in the US. Depending on how Ford’s new models are received in 2011, Ford Motor Company could see a deceivingly low growth rate through 2011 since Mercury has been killed off and that middle child brand accounted for almost 100,000 units in 2010.

Toyota dropped to 3rd place in total sales with 1,763,595 units sold in 2010 and 1.5 million of those were from the Toyota brand. Although Toyota dropped from 2nd to 3rd in 2010, the Toyota Camry still held on to the claim of bestselling car in the US market. American Honda had a very quiet year as Acura/Honda cruised into 4th place in total sales with 1,230,480 units sold.

Rounding out the top 5 in 2010 sales was the Chrysler Group with 1,085,211 units sold throughout the past year. This 17% improvement over 2009 came without any real additions or modifications to the product lineup across their four brands but with the addition of Fiat to the family and a spread of new or vastly redesigned models in 2011, this could be a very good year for the folks under the Pentastar. They will need to keep up (or improve) this growth rate as Nissan North American is closing on them with 908,570 and should Nissan stay on their growth rate of 19%, they will close in even more on Chrysler during 2011. Chrysler reps expect that the new models and the addition of Fiat to the company showrooms will definitely help them continue to grow through 2011 and 2012.

Surprisingly, the 7th and 8th spots in the total 2010 sales list are the Korean automakers Hyundai and Kia. Hyundai saw a 24% increase in 2010 and Kia recorded 19% better sales compared to 2009 and a bevy of new models will likely help these two continue to grow in 2011. You will notice below that Volkswagen, Audi and Porsche are all listed separately but if Volkswagen Auto Group (VAG) was listed as a group, they would have ranked in the 8th place with 383,799, above Hyundai or Kia.

Have a look at the list below for a complete rundown of the 2010 total sales numbers from around the American auto industry and check out the links at the bottom of the list for a closer look at December 2010 monthly sales reviews from the various brands and automakers.