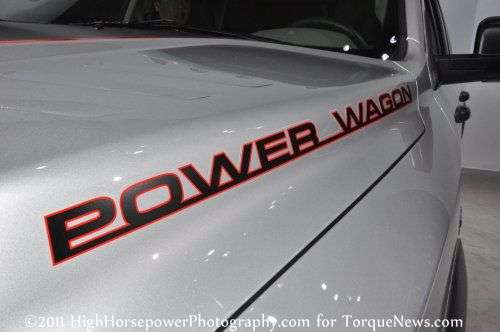 Chrysler leads the Big 3 in December 2010 sales thanks to Ram, Jeep

December 2010 sales numbers from around the industry are in and although the Dodge and Chrysler brands saw a decline in sales compared to December 2009, the Ram and Jeep brands had big months – helping to make the Chrysler Group to be the strongest of the Detroit automakers in terms of monthly growth.
Advertisement

Overall, Chrysler moved topped the 100,000 vehicle mark for a monthly improvement of 16%, making them the strongest automaker group in terms of growth among the Big 3 and 4th overall, trailing Nissan, Honda, VW Group and BMW in terms of growth from 2009 to 2010.

The Ram brand was the strongest from Chrysler in terms of year over year growth with 24,270 pickups leaving the lots, up 87% from December 2009. The top vehicle in terms of sales units and growth percentage was the Ram truck lineup with 23,241 vehicles accounting for a 93% improvement over 2009. The Dakota (the only other vehicle from the Ram brand to move units last month) saw 1,029 trucks leave the dealership, an improvement of 67% from last year.

The Jeep brand was second in terms of growth for the Chrysler Group with a gain of 49% compared to December 2009. The leader from Jeep in terms of sales and growth was the redesigned 2011 Jeep Grand Cherokee with 12,753 SUVs accounting for an amazing 211% increase in sales over the last month of 2009. The Wrangler was second in sales with 8,227 units sold and the Liberty was third with 5,009 vehicles sold. The 2011 Jeep Compass, which features the front end design from the popular Grand Cherokee could give the Trail Rated company some help later this year when it hits the market, after being official introduced next week at the Detroit Auto Show.

The Dodge brand was next in terms of growth, although they showed a decline in sales from December 2009 of 6.42%. This decline was likely caused by the fact that the company debuted an almost entirely new or redesigned lineup for 2011 at the LA Auto Show and with a handful of great new models, consumers are waiting for the 2011 MY vehicles. Nearly every model from Dodge saw a decline in sales from December 2009, with the only exceptions being the Durango, Nitro, Caravan and Challenger. The Durango sales last year were terrible so the 361 SUVs sold last month account for an improvement of 1145%. Of the vehicles that see more regular success, the Nitro was the leader in terms of growth with 104% more vehicles sold in the last month of 2010 compared to December 2009 and the always strong-selling Caravan was the leader in sales with 14,266 minivans sold, accounting for an improvement of 67%. Even though the Chevy Camaro and Ford Mustang are each outselling the Challenger by almost 2-1 on any given month, the Challenger sales improved in 2010 by 31% while the Camaro and Mustang both went through sales slumps in December 2010. We can most certainly expect to see a massive spike in sales from the Dodge brand as the 2011 models begin reaching dealerships full scale. Just for those keeping track, there were 24 Dodge Vipers delivered in December 2010.

The worst in terms of growth for December 2010 was the luxury brand, Chrysler. Like Dodge, Chrysler has a revamped lineup on the way for 2011, lead by the 300 and new (sort of new) 200 and sales numbers suggested that consumers are waiting for the new models. The Chrysler Town & Country minivan was the leader in monthly sales with just shy of 10,000 vehicles sold in December, accounting for an improvement of 16%. Every other vehicle saw a decline in sales with the 2010 Chrysler 300 coming in second in sales with 1,503 units sold and the combined sales of the 2010 Sebring and 2011 Chrysler 200 accounted for 1,369 cars delivered in December. Once the new 200 and 300 are reaching dealerships around the country, we can expect the Chrysler brand to join the Dodge brand back on the positive end of the growth scale.

Other Chrysler News:
The 2011 Dodge Journey to be sold by Fiat in Europe
New 2011 Chrysler 300 revealed ahead of the Detroit debut
Chrysler to use Fiat dual clutch technology by 2013