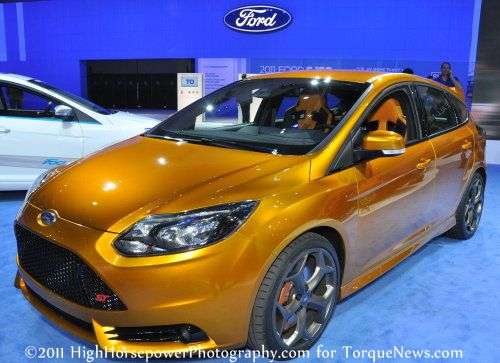 Ford Motor Company was the worst of the Detroit Big 3 in terms of percentage growth with just below 7% improvement over December 2009 but Ford does claim the bragging rights of having the bestselling single brand in the industry.
Advertisement

Ford Motor Company has been the most consistent automaker out of Detroit, having seen the smallest hit when the industry fell apart in 2009 but when combined with the recall issues from Toyota, Ford’s improvements this year allowed them to creep into the second place spot among corporate automakers in terms of total sales. In addition to their steady success in 2010, Ford Motor Company killed off the Mercury brand (which GM showed can help the numbers) and FMC has promised to devote more money to the Lincoln brand in 2011.

The Ford brand was the bestselling brand in the US market in December 2010 with 174,523 units sold, accounting for a gain of almost 10% over December 2009. As usual, the top selling model from Ford was the mighty F-Series pickup with 54,888 trucks sold last month. The bestselling non-truck from Ford was the Fusion with 22,629 sedans sold and the Escape was next with 18,691 mini-utes sold last month. The top Ford in terms of percentage growth was the Explorer with the model benefitting from the early success of the 2011 models, helping the full-sized SUV improve by 53% over December 2009. The next best in terms of growth was the Transit Connect (41%) and surprisingly, the Crown Victoria was next in line with an increase of 25% over December 2009. We can expect to see more growth from Ford as the new Fiesta and Focus hit the market full scale over the next few months.

The Mercury brand is officially dead, with reports that dealerships have taken down the brand’s logos and signs around the grounds but even with that being the case, 8,393 Mercurys were sold last month. This is only a drop of 11% over last year when the brand wasn’t coming to an end and this was a better monthly performance than a handful of other brands; including Lincoln, Chrysler, Volvo and Smart.

The Lincoln brand is expected to benefit from new models and increased advertising monies thanks to the demise of the Mercury brand but that isn’t helping the Ford luxury brand yet. Lincoln saw a 23% drop in sales in December 2010 compared to December 2009, making them one of the worst performing brands in the US market. The MKX and MKZ both saw gains over December 2009 but with every other model showing a decline of at least 26%, Lincoln showed how important those upcoming models really are to the success of the brand. You have to wonder how much of the drop in Lincoln’s sales are due to the lack of foot traffic into dealerships since Mercury has been killed off. Lincoln-Mercury dealers are clamoring for new models but for the time being, Ford’s luxury brand is struggling.