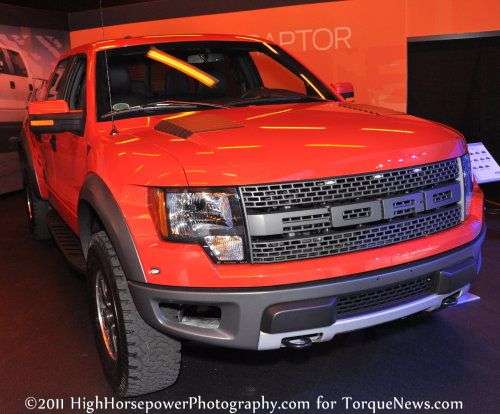 The Top 10 best-selling vehicles in the 2010 US market

Annual sales reports from around the American auto industry are in and with them, we have a clear picture of the Top 10 best-selling vehicles in the US market with the Ford F-Series taking the top spot once again.
Advertisement

The Top 10 best-selling vehicles in the US market for 2010 are the same 10 vehicles that made up the 2009 list, but due to sales growth from 8 of the top 10 vehicles and Toyota’s recall troubles, there were a handful of position changes for the 2010 calendar year. Overall, Honda had the most vehicles on the list with three, followed by Ford Motor Company and Toyota each with two vehicles and then Chrysler (the Ram brand), Nissan and Chevrolet each with one vehicle on the list.

3. Toyota Camry - The Toyota Camry was third in 2010 sales with 327,804 – a drop of 7.5% from last year – presumably due to the negative impact on the company’s reputation due to the recall scandal. The Camry was one of only two vehicles on the list this year to see a decline in sales – the other was also a Toyota product.

4. Honda Accord - The Honda Accord quietly also used Toyota’s reputation loss to jump up a spot from 2009, as their 311,381 units sold in 2010 helped them surpass the Toyota Corolla.

5. Toyota Corolla – Late in the year, Toyota unveiled a refreshed 2011 Corolla to mixed reviews but that new model comes too late to prevent a 9.8% decline in sales as the Corolla drops to just 266,082 units in the past year. The new Corolla could help the model reclaim its higher position of 2009 but with continuing legal/recall issues hitting Toyota regularly, the automakers reputation continues to drop.

6. Honda Civic – The tried and true Honda Civic remained very stable in 2010 with 260,218 units sold – an improvement of less than 1% from 2009. There is expected to be a new Civic debuting at the 2011 Detroit Auto Show next week, which could help the popular Honda compact distance itself from the Nissan Altima – or perhaps even pass the Toyota Corolla.

8. Ford Fusion – Thanks in part to the success of the Fusion Hybrid, the Ford Fusion climbed to 8th spot in 2010 with 219,219 units sold. This 21.3% increase over 2009 sales makes the Fusion the fastest growing car among the top-selling models and with the Fusion continuing to see growth in monthly sales figures, the mid-sized Ford will be gunning for the Altima in 2011.

9. Honda CR-V – While it is only an SUV in the most basic definition, the Honda CR-V was the only sport utility vehicle on the 2010 list, having dropped from the 8th spot in 2009. Even though the CR-V dropped a spot this year, it did so due to the Fusion’s boom and not its own demise, as the mini-ute still saw a sales growth of 7.2%.

10. Ram Pickup – The truck formerly known as the Dodge Ram was the third best-selling truck in America and the 10th best-selling vehicle with 199,652 units sold in 2010. The Ram got it’s own brand for the 2010 model year and the Ram pickup accounted for the majority of the brand’s sales, seeing a growth of 13% over 2009.