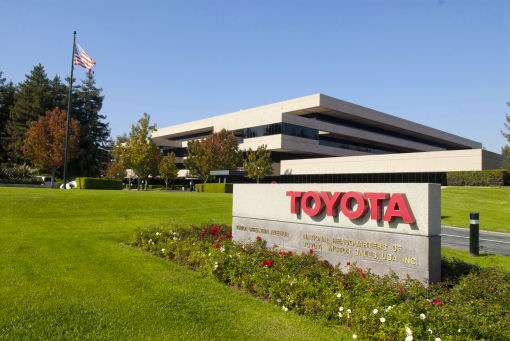 A year that started badly for Toyota also ended badly. In December 2010, sales of Toyota brand vehicles dropped 5.9 percent from the same month in 2009. The decline put Toyota's total, 12-month vehicle sales for 2010 nearly a half percent lower than 2009 sales – a dismal performance for a major brand in a year in which total U.S. vehicle sales rose 11 percent. Toyota's overall rank among U.S. car companies slipped to third place in 2010, dropping below Ford for the first time in four years.
Advertisement

The best news for Toyota in the opening days of 2011 was that at least 2010 had ended. Early in 2010 the company struggled and stumbled through a recall crisis that dinged its once-stellar image in the United States. When the year closed, vehicle sales by Toyota Motor Sales U.S.A. were basically even with their 2009 level – hardly an achievement, since 2009 had been one of the worst years for the auto industry in recent memory.

After about three decades of steady and impressive growth, the company saw its position in the U.S. auto market drop from second to third place, behind General Motors and Ford Motor Co. Previously, Toyota had out-sold Ford in the United States since 2006.

Just a couple of years earlier, the company was on a trajectory to overtake even GM, which would have made Toyota the number one motor-vehicle retailer in America.

But the situation looks even worse when you separate the Toyota division from the company's Lexus luxury brand. Lexus saw respectable growth in 2010, moving 229,329 vehicles, a growth rate of 6.2 percent from 2009's figure of 215,975. Lexus still under-performed compared to the auto-industry's overall growth rate of 11.1 percent. But its increase at least was enough to lift Toyota's overall corporate performance.

For the full year, Toyota's Scion line of small, youth-oriented autos experienced a substantial decline in popularity. The three models in the Scion stable, which are the Scion tC Scion xB, and Scion xD, saw a combined drop in sales of 21.2 percent. In 2010, consumers purchased 45,678 Scions, compared to 57,958 purchases the prior year.

The brand could take some solace from its truck sales, which includes SUVs and crossover utility vehicles. While Toyota's large size, low-volume SUVs, the Land Cruiser and Sequoia, saw a year-to-year decrease in sales, every other vehicle in the truck category experienced healthy increases.

Overall, Toyota division light-truck sales increased by 14.4 percent in 2010. Clearly for Toyota, the looming challenge for 2011 is to mimic that success on the passenger-car side of its business.