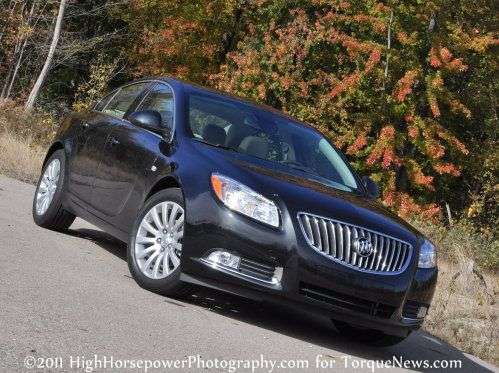 General Motors capped off a strong rebound year in 2010 as leading the nation in corporate sales in December with 224,185 units sold – an improvement of 7.5% over 2009.
Advertisement

Those numbers include all GM vehicles sold, including the few units sold from the deceased brands (Hummer, Saturn, Pontiac) and when you look just at the existing GM brands, the company moved 223,932 units for an increase of 15.5% over 2009. While either of those sales unit numbers puts GM atop the charts for vehicles sold during the month of December, their percentage of growth over 2009 puts them between Chrysler (16%) and Ford (7%).

Buick continued to ramble on behind the success of the Enclave and LaCrosse with 6,634 and 5,140 (respectively) sold last month as the brand saw a 40% improvement over December 2009. The new 2011 Buick Regal continued to see numbers improve with 3,059 units sold, giving the German-designed sedan an improvement of over 50% from November 2010.

GMC was the next in line from General Motors in terms of growth, with an increase of 35% over December of 2009. The top seller from GMC was the Sierra pickup with 16,795 trucks sold followed by the Terrain with 9,303 units accounting for a 68% improvement over December 2009. GMC’s growth numbers would likely have been better if not for huge negative numbers from the now-gone Envoy and Topkick models.

The Chevrolet brand was the weakest in terms of overall growth with a 9% increase over December 2009 but with 147,960 vehicles sold last month Chevy was the bestselling brand for GM and was third overall; trailing just Ford and Toyota. The Silverado pickup was the top model in terms of sales units with 42,518 trucks sold last month, also making the Silverado the second best in terms of growth with a 28% gain over the same month, last year. The Equinox was the king of the hill in terms of growth with the 22,764 SUVs sold accounting for an improvement of almost 80%.

Other GM News:
The Camaro bests Mustang in 2010 annual sales
A review of the 2011 Chevrolet Cruze
GM stock breaks out on low volume