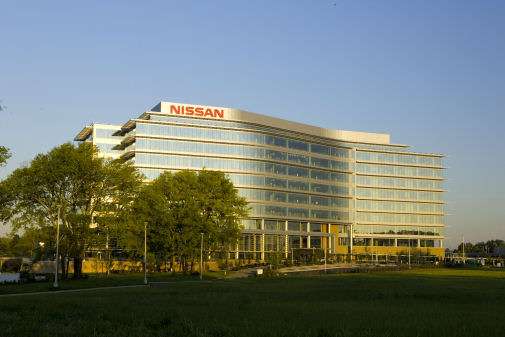 Among the big-three Japan-based auto companies in the United States, Nissan was the biggest winner by far in 2010. Sure, both Honda and Toyota sold more vehicles than Nissan. So both remain larger retailers. But Nissan grew at a much faster pace in 2010. In fact, while Honda and, especially, Toyota struggled to keep up with the recovering pace of U.S. auto sales, and while both lost market share, Nissan performed better than the market at large, and gained share.
Advertisement

Nissan North America closed 2010 at a blistering pace. The company's vehicle sales for the month of December 2010 ran 27.7 percent higher than they had 12 months earlier, during December 2009. The strong finish boosted Nissan's overall, 12-month growth rate to 18.0 percent for 2010 over 2009.

“We finished the year strong, thanks to high demand for bread-and-butter models like Altima, Versa, Sentra and Rogue,” said Al Castignetti, vice president and general manager of the Nissan division, in a boiler-plate statement released by the company with its sales figures. “We’re continuing Nissan’s growth, with double-digit gains in 2010 for the majority of our lineup.”

Nissan's solid gains look especially impressive when compared to its chief Japanese rivals, Honda and Toyota. Honda sold a total of 1,230,480 vehicles in the United States in 2010. Although that was 6.9 percent more than in 2009, the performance still lagged the overall U.S. vehicle market, which grew by 11.1 percent for the year.

Toyota is still the largest retailer of the three, selling 1,763,595 vehicles in 2010. But its market-share position slid alarmingly in the 12-month span. From a 2009 full-year U.S. market share of 17.0 percent, the company fell to 15.2 percent – a precipitous loss of nearly two full points in one year.

By contrast, Nissan gained market share in 2010. It closed 2009 with 7.4 percent of total U.S. vehicle sales. At the end of 2010, Nissan accounted for 7.8 percent of the market. Thus Nissan gained the share that Honda lost.

Even better for Nissan, its sales gains were well balanced. The company saw 14.8 percent growth in passenger-car sales, and a 24.4 percent gain in truck sales (which includes SUVs and crossovers, in addition to pickups). Honda and Toyota also saw decent increases in truck sales. But a decline in their passenger-car placements in 2010 pulled down the total sales performance for both companies.

Nissan's top-selling model in the truck category, the Rogue compact crossover, tallied 91,515 sales in 2010, a 28.9 percent gain over 2009. The Nissan Frontier medium-sized pickup was the biggest percentage gainer on the truck side, seeing 42.3 percent growth to 40,427 annual sales.

At the Infiniti division, The G Sedan led the pack. Its 41,653 sales tally represented a 28.7 percent increase from the preceding year. Sales of the sport-oriented G Coupe increased more narrowly, growing 11.3 percent in 2010 to reach 16,490 total units.

The full-size, traditionally designed Infiniti QX56 was the brand's top selling SUV. Its 2010 sales level of 11,918 units – 85.1 percent more than in 2009 – accounted for better than a third of Infiniti's total SUV/crossover volume of 30,659 vehicles.