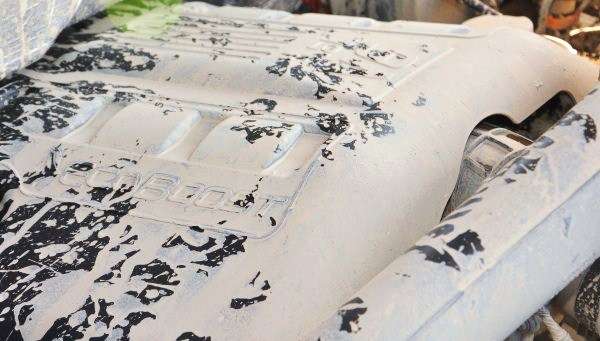 The National Highway Traffic Safety Administration has officially closed their investigation into the Ford F150 pickups powered by the popular EcoBoost V6 after deciding that there is no need to recall those 360,000 trucks due to a power loss issue - with no further action required by the automaker and that means no recall of their most popular pickup.
Advertisement

The National Highway Traffic Safety Administration launched the initial investigation into the 2011, 2012 and 2013 Ford F150 pickups powered by the popular twin turbocharged 3.5L V6 after receiving 95 complaints of the trucks losing power in certain conditions. Ford was quick to respond, pointing out that the charge air cooler (intercooler) can develop condensation in particularly humid or rainy conditions and as a result, there can be a brief misfire condition that will reduce power…but only by a small amount and only at wide open throttle. Ford insists that the EcoBoost powered F150 will still maintain speed and accelerate during these stints of reduced power, they just wont accelerate as quickly as usual. During the course of the initial investigation, the NHTSA received a total of 525 complaints about a loss of power from the EcoBoost engine

The NHTSA found in their investigation that the Ford F150 powered by the EcoBoost V6 will indeed lose power, but as Ford pointed out, the loss isn’t enough to really impact drivability. Ford also pointed out that this misfire condition is actually programmed into the engine control unit as part of the federal emission requirement about water ingestion by the engine. Finally, Ford has issued a Technical Service Bulletin (TSB) instructing dealerships who have trucks come in for repairs citing EcoBoost power losses, instructing the service department to install a deflector shield below the charge air cooler to protect it from any excessive water in wet conditions. The NHTSA also noted that replacing either the charge air cooler, installing the shield that is part of the TSB or doing both will fix this issue.

In the end, the National Highway Traffic Safety Administration found that the 2011-2013 Ford F150 pickups powered by the EcoBoost V6 can run into this power loss issue, but the problem is unique enough relative to the number of possibly affected trucks and the problem itself is minor enough that no further action is required. In other words, since it can happen so rarely and when it does, the repair is straightforward enough that the government will not require a recall of these 360,000 Ford half ton pickups.

While this announcement will likely serve to aggravate those 2011-2013 Ford F150 owners who were hoping to see a recall force the Motor Company to address this issue free of charge, the bottom line is that this power loss is more of a rarely occurring inconvenience than a safety issue and the NHTSA’s job is to protect the American auto industry from safety issues…not annoyances.

I have had the fortune of spending time in several EcoBoost powered F150 pickups from those models years and during some of that time, I can guarantee that my charge air cooler was very, very wet on both hot and cold days. In no situation did I notice any power loss from the F150, even when the engine bay was wet enough to account for the picture shown above.