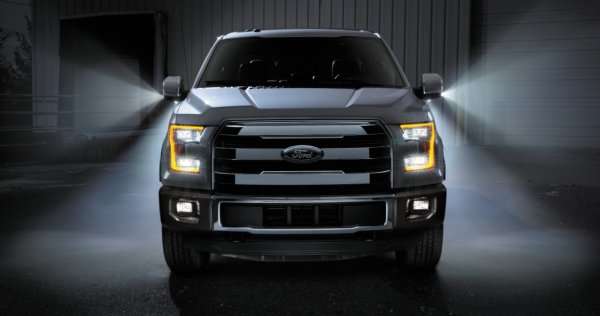 Ford Motor Company issued a brief press release today pertaining to the base V6 and premium EcoBoost V6 from the Ford F150 – reminding us once again that the EcoBoost critics were very, very wrong as this diverse pair of V6 engines account for more than half of the new F150s sold through the first two months of 2014.
Advertisement

The critics were all terribly wrong, as not only has the EcoBoost V6 proven to be a massive success – it is so successful that Ford is killing off the top of the line 6.2L V8 for the 2015 F150.

“There is a new truck buyer out there who doesn’t hold to the old notion that a truck must be powered by a V8 engine,” Scott said. “Just five years ago, you would have had a hard time making a case for V6 truck engines. Not today. It’s all about fuel effectiveness. It’s the combination of city and highway mileage, horsepower, torque, towing capacity, payload and value. What is the most efficient package for the work I’m trying to do? That’s the key question.”

During the first two months of 2014, Ford has sold 102,418 examples of the bestselling F Series pickup. While we don’t know what percentage of those trucks were F150s and not Super Duty pickups, we do know that 57% of the new F150s sold in January and February were powered by one of the two available V6 engines. 46% of the new F150 pickups sold this year so far have been powered by the 3.5L EcoBoost V6 while another 11% opted for the base 3.7L V6. With only 43% of new F150s remaining, these figures indicate that the EcoBoost V6 outsold both V8 engines combined. Even if every single other F150 sold in the first two months of 2014 were powered by the 5.0L V8, the EcoBoost still outsold the bestselling V8 by at least 3%.

This 57% market share for the V6 engines in the 2014 Ford F150 is a record figure for V6 engines in trucks that goes all of the way back to 1967. More impressively, Ford V6 engines account for 78% of all light duty V6 trucks sold in America. This is a sign that the consumer market isn’t necessarily becoming more interested in V6 powered pickups since every other V6 truck in the market only accounts for 22% of the product mix. Instead, consumers are specifically after Ford’s V6 pickups.

In fact, no competitive automaker has reached a 20% level of V6 truck sales within their product mix but in all fairness, Ford is the only company to offer a premium V6. People who don’t need a truck to do much are likely to opt for the V6 version of the Silverado, Ram, Tundra and F150, but those who want a truck that can really do some hard work are “forced” to buy a V8 from GM, Chrysler or Toyota while Ford’s twin turbo V6 has asserted itself as the top dog for the bestselling vehicle in America.

“We expect those numbers to hold for the rest of the year,” said Doug Scott, Ford Truck marketing manager. “It really is amazing when you consider we are doing that with just two V6 engine choices – the 3.5-liter V6 EcoBoost and the 3.7-liter Ti-VCT V6 engine. When we come out with the new 2015 F-150, we will offer three different V6 engines, so the potential is there to go even higher.”

In addition to the base V6 and the 3.5L EcoBoost V6, the 2015 Ford F150 will also feature a new 2.7L V6 that will offer less power than the 3.5L EcoBoost while likely offer much better fuel economy. Once that engine arrives, we could see the popularity of Ford’s 5.0L V8 truck engine continue to fade as consumers continue to flock to the efficient and powerful V6 engine options.

While there are still critics who believe that the EcoBoost V6 is bound to fail as the top of the line engine option for the Ford F150 – there are also still people who believe that Sasquatch exists or that a fat guy squeezes down the chimney to give away presents to good little boys and girls. In the meantime, Ford continues to move forward with incredible truck sales numbers, led by the F150 and almost half of those new half ton Ford pickups are powered by the 3.5L EcoBoost V6.