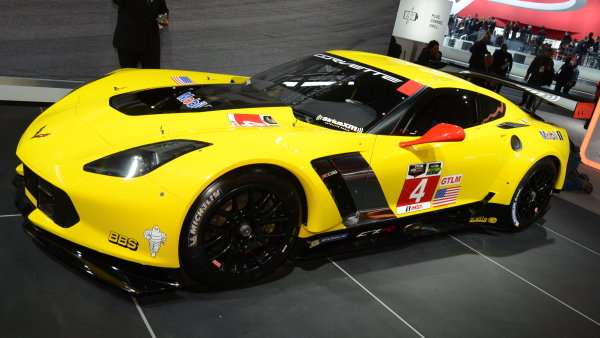 In the modern world of endurance racing, no American team is better known than the factory backed Corvette Racing program and as the crew continues to roll through the 2015 WeatherTech United SportsCar Championship, the team has resigned all four of their core drivers for the 2016 model year – helping to guarantee the continued success that has rung up a handful of championships around the world.
Advertisement

Over the past decade, no American endurance team has been as successful as the Corvette Racing factory backed program, both here in the US and overseas. The bright yellow Corvette race cars have won major endurance races all over the world, with this year’s wins at LeMans, Daytona and Sebring leading to yet another strong season even though the teams fell short of the title in 2015.

Based on the strong season in 2015 and the historic success of the modern Corvette Racing program, the team management has already made the move to sign the core drivers of the Corvette C7R teams for the 2016 racing season.

Corvette Racing’s Familiar Faces
While some races in the world of endurance racing require the Corvette teams to bring on extra drivers like Ryan Briscoe and Simon Pagenaud, the core drivers for Corvette Racing over the past few seasons have been Oliver Gavin, Tommy Milner, Jan Magnussen and Antonio Garcia. These guys are among the most successful endurance racers in the sport and the vast majority of their big wins have come behind the wheel of a Corvette C5R, C6R or C7R.

The 2015 racing season started off great for the #3 Corvette Racing with Magnusson, Garcia and Briscoe winning the Rolex 24 at Daytona International Speedway and the 12 Hours of Sebring along with podium spots at the Long Beach and Canadian Tire Motorsports Park events. The American endurance racing season hasn’t gone as well for the #4 Corvette Racing team with their best finishes being a 3rd at Daytona and a 3rd at Road Atlanta, but the trio of Gavin, Milner and Jordon Taylor were able to take home the class win in GTE Pro at the 2015 24 Hours of LeMans while wearing the #64.

Unfortunately, after a strong start to the season, the Corvette Racing teams were plagued with mechanical issues late in the American endurance championship series (known in 2015 as the Tudor United SportsCar Championship), forcing the #3 team to settle for a 3rd place in the championship run while the #4 Corvette finished 8th overall.

However, regardless of the rough end ot the 2015 season, the four core drivers of the Corvette Racing team have proven themselves to not only be four of the best endurance racers in the world – but they are also a powerfully strong team, so the move by GM to sign these guys for 2016 is a very smart one. During the 2016 campaign, we can expect to see both Corvette Racing C7R race cars back at LeMans, as well as making another run at the championship title in the WeatherTech SportsCar Championship (formerly the Tudor United SportsCar Championship and the American LeMans Series before that).