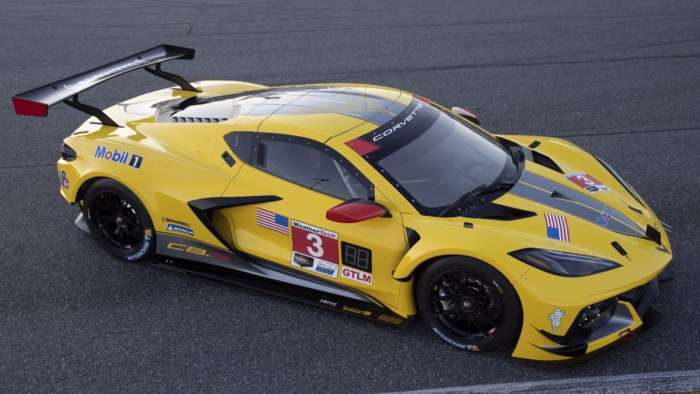 Corvette Racing team member Jordan Taylor introduced his 2020 C8.R race car with its competition livery on Twitter and it looks ready to battle for the GTLM title.
Advertisement

Chevrolet introduced the C8 Corvette race car last year, but when they did so, the company showcased a dark silver car with red and yellow accents. While there will be plenty of teams which compete in the C8.R in the coming years, the best-known use of this new race car is the Corvette Racing team that has won a long list of endurance racers over the past decade. Corvette Racing has featured a bright yellow livery for the past few generations, so we expected that the C8 would follow suit, although the #4 C8.R that was introduced last year did not fit the pattern.

Fortunately, Jordan Taylor’s recent Twitter posts confirm that Corvette Racing will continue on with their yellow livery with the C8.R. Taylor shared two pictures of his #4 C8 race car and it appears to be a proper follow-up to the championship cars of the past.

As you can see in the pictures here, the #3 Corvette C8.R is predominantly bright yellow, with some red accents and dark silver stripes running down the middle of the body and along the lower rockers on the side. As expected, it has a huge rear wing, widened body work and a front fascia that looks similar to the production design, but the race car face is a bit more aggressive. 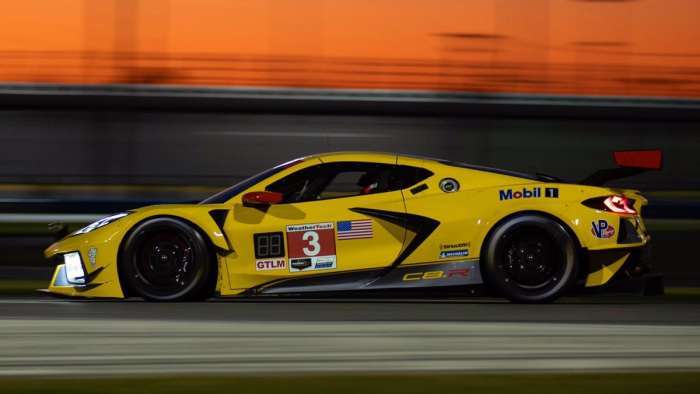 First C8.R Action
The first official racing action for the Corvette C8.R comes this weekend with the “Roar Before the 24”, which is the official test event for the 24 Hours of Daytona endurance race. At the Roar, the two Corvette Racing cars will join teams campaigning the BMW M8 GTE, the Ferrari 488 GTE and the Porsche RSR. The BMW is the only car in the GTLM class with the engine in front of the driver.

Aside from the Roar, the first real action for the new C8 Corvette race car is on the weekend of January 26th, when the 24 Hours of Daytona is held in Florida. This is arguably the most important American endurance race, so winning in Daytona would be the perfect start for the C8 racers.

Teams typically compete with three drivers at a 24 hours race, so joining the four Corvette Racing drivers mentioned above for Daytona is Nicky Catsburg in the #3 car and Marcel Fassler in the #4 car.

We will find out this weekend whether the C8.R can compete right out of the box with other top teams from the world of endurance racing.

Tsingshan's Threat to Tesla: EV Maker Is In Battery Crosshairs
Tesla-Funded Research Reveals One of The Biggest Mysteries of EV Battery
END_OF_DOCUMENT_TOKEN_TO_BE_REPLACED