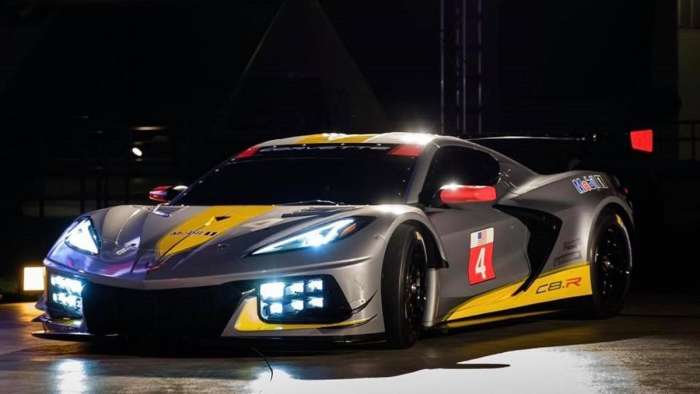 These 5 Features Borrowed From The C8.R Will Make The C8 Corvette Z06 Almost Perfect

The C8.R recently made its debut and it is a fantastic looking machine, but what if the parts that make the C8.R so impressive were shared with the next model of C8 Corvette?
Advertisement

As most of you already know, the C7 Corvette Z06 borrowed a lot of its design from the C7.R and the same rumor has been kicked around for a few months now for the C8 Corvette Z06. The C8 Stingray is already an attractive car but adding some of the more track focused details from the C8.R would just take it to another level. The C8 Corvette Z06 is likely to be an insane looking and performing car but here is a list of what would really take the C8 Z06 over the edge.

1. A more aggressive front bumper - of course this includes the dive planes or "canards" on the front bumper which look unbelievably cool while also adding downforce. These dive planes are usually only included on extreme track variants so it's more likely we'd see this on the Z07 track package option for the Z06. Nothing says "track ready" more than some big front canards and wide openings in the front bumper for cooling and improved aerodynamics. The C7 Corvette ZR1 has a similar look with the wide open front bumper and while it was quite functional for keeping the car cool it also just looked like an aggressive machine. The difference in aero from the C7 Z06 to the C7 Z07 was mostly for track use but it looked much better too. 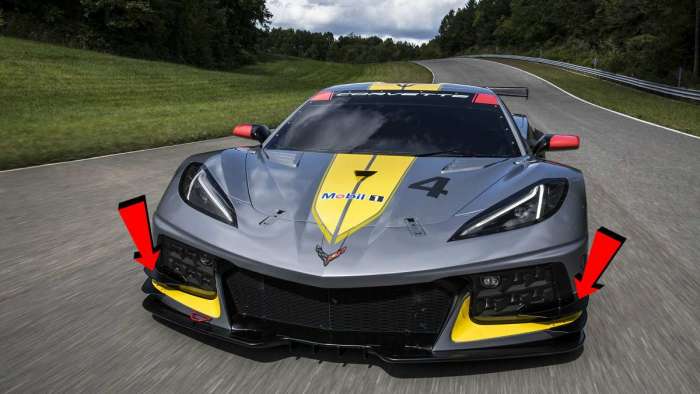 2. The mid engine air intake or "scoop" - This "scoop" being mounted directly over the rumored 5.5L flat plane crank V8 behind the C8.R’s rear window is not only one of the coolest design elements (pun intended) for the appearance but since it is functional, it would absolutely help with performance. This is one of those additions that a lot of the high end supercars have as well, so it helps the C8 Corvette Z06 find its home in the supercar territory. The base C8 Stingray is already right at the supercar doorstep, but with a bump in horsepower and aerodynamics, it would literally be able to hang with the most super of supercars. 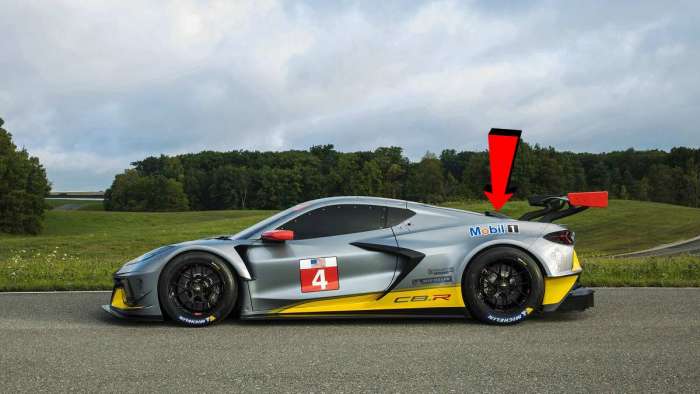 3. The fender vent behind the front wheels - One of the coolest looking design elements on the C8.R is the vents built into the fender behind the front wheels. This, of course, isn’t just for show either, they also relieve built up air pressure from inside the wheel arches, which of course, reduces aerodynamic lift as well. Most of the goodies being added to the C8.R are for aerodynamics and track readiness and this is no exception. The C7 Corvette Z06 with the Z07 package was all about aero as well, the stage 3 front lip and rear spoiler created over 400 pounds of downforce at speed. The C8 Z06 stands to be an amazing car with some pretty special aerodynamic designs that should have even better performance than the C7 Corvette Z06/Z07 did. There are still rumors out there suggesting at least one of the C8 Corvette models will get active aero of some kind so we may just see some of that in the C8 Z06 as well. 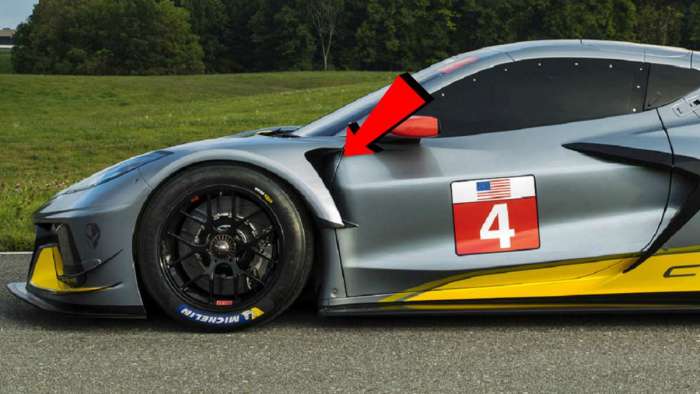 4. The wing - Of course we can't talk about the C8.R and not discuss that wing. Like I said, aero is the name of the game when talking about track times and the Z06 is very likely to mirror a lot of the C8.R's aero bits to maintain a higher level of performance at the track for the end user as well. The massive wing on the ZTK packaged C7 Corvette ZR1 provided almost 1000 pounds of downforce and this one on the C8.R looks like it is ready to do the same or more. This wing could be a huge benefit on the track and for anyone looking to take their C8 Z06 out on a road course, a large wing like this would be your best friend. 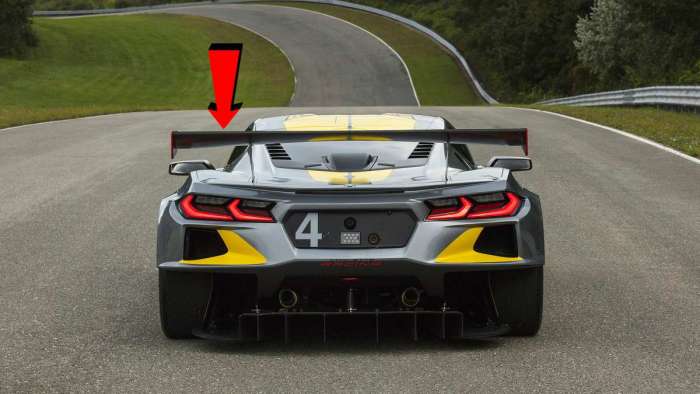 5. The engine - We don't know anything officially from GM about the engine in the C8.R but it's been rumored to be a 5.5L flat plane crank V8 and based on recent exhaust clips it's likely true. With the C8 Z06, GM isn't limited to any racing rules and can definitely beef the engine up even more. Current rumors suggest one of 2 possible engines for the C8 Z06 and both of them heavily resemble the engine that is likely in the C8.R. The first option is a 5.5L naturally aspirated flat plane crank V8 engine, just like the one in the C8.R, or the same engine with a twin turbo setup. Both of these rumors have been talked about on multiple forums and found in a few "leaks" and I would be ok with either option. 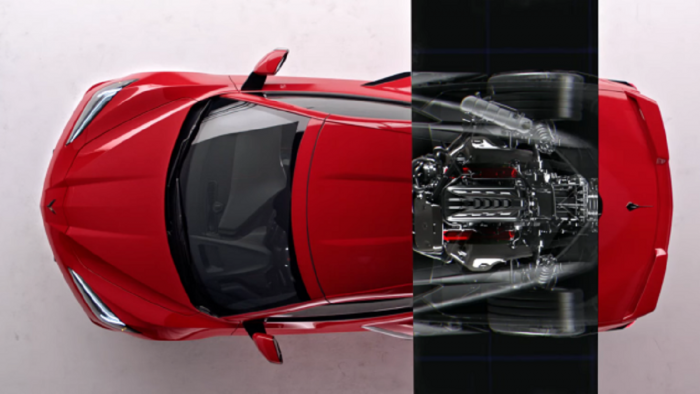 As you can see, the C8 Z06 is going to be a massively impressive car and with its inspiration being drawn from the C8.R, most of us didn't expect anything less. You can expect to see the C8 Z06 in 2021 or 2022.

Also check out: These 5 features from the C8.R will make the C8 Corvette Z06 the performance and appearance king, as well as Click To Subscribe Torque News Youtube Channel for Daily News on Automotive Industry.