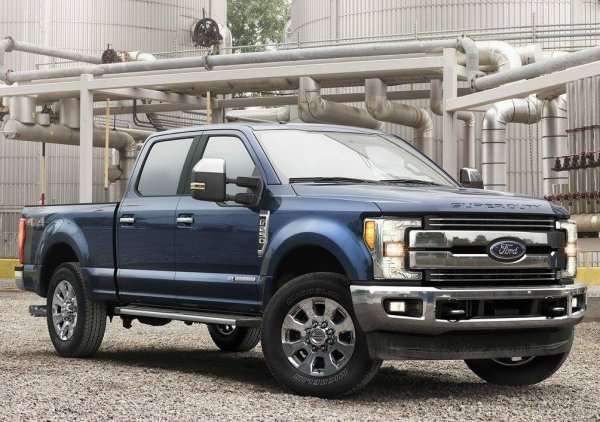 Ford Motor Company hasn’t outlined the pricing for the new 2017 Ford F250 with the aluminum body, but the folks at Car & Driver have the vast majority of the numbers – outlining a series of price increases that range from $150 on the base model to more than $5,000 on the top of the line models.
Advertisement

In hunting around on the official Ford vehicles website or the Ford media site, I have not seen any official pricing numbers for the new, aluminum-bodied 2017 Ford Super Duty lineup and it seems that very few outlets have talked about the pricing of the new heavy duty Ford pickups. However, the crew at Car & Driver has fairly detailed pricing figures and while they aren’t official numbers from Ford – I am inclined to believe that the C&D numbers will prove to be accurate.

If they are accurate once official pricing for the 2017 Ford F250 has been posted online, prospective truck buyers are likely to gripe about price increases across the board, with the least expensive F250 price increasing by $150 while the most expensive model pricing jumps by more than $5,000.

2017 Ford F250 Pricing
The 2017 Ford F250 is offered with five trimlines, three cab configurations, two engine options, two bed options and the buyer’s choice of rear wheel drive or four wheel drive. Car & Driver has pricing for each trimline and cab configuration, but rather than getting into all of those numbers, we will look at the basic pricing for each of the trimlines compared to the same trucks for the 2016 model year.

Now, it should be noted that with the new generation of the Ford Super Duty pickup could come changes in other standard features, so the price increases across the board cannot be blamed on the introduction of the aluminum body. The implementation of new technology – particularly in the loaded-up F250 Platinum certainly plays a part in the price hike, but at the end of the day, the bottom line is that the 2017 F250 is going to cost you more than the 2016 models – no matter which package you are buying.

For detailed pricing on the other cab configuration and such, you can check them out over at the Car & Driver website.

Tesla Giga Berlin's New Hurdle: It's Not Only the Gov't, but Now Tesla Itself
Teslas Are Sold Out Until 2023, But The Timing May Reverse
END_OF_DOCUMENT_TOKEN_TO_BE_REPLACED