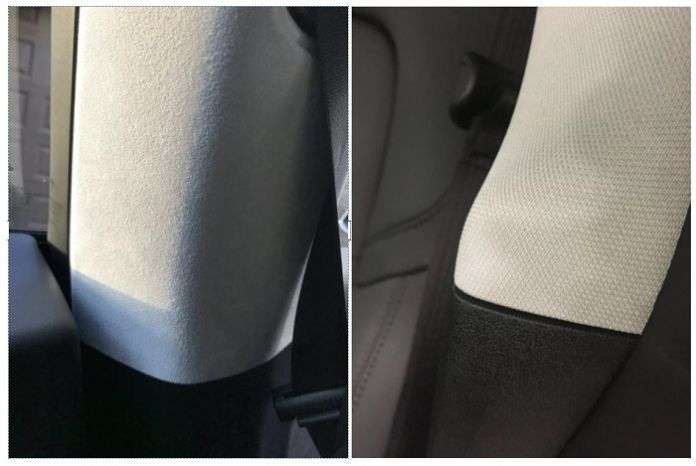 The Tesla Model S and Model X were sometimes criticized for quality in the interior. Beeps, creaks or just a moderate finish. We had to wait and see if that would be the case with the Model 3. The deliveries of Model 3 are currently taking place and this time the vehicle is hit again. Costumers are complaining on social media and on forums.
Advertisement

A discussion that started on Twitter about the interior quality of Tesla Model 3 on January 10 is sounds angry and is getting heated responses. Apparently Tesla has made a change in the way it makes the Model 3 interior and that has made number of Model 3 owners, reservation holders angry.

A Twitter user @worstofthymes asks Tesla and Elon Musk where "where did the synthetic suede headliner go in Model 3 premium upgrades? This mix and match nonsense is an accident, right?" Then he shares the pictures shown above with this story. It does look cheap and people's hope is that this is because of temporary supply issues.

Tesla has never never confirmed the materials that it will use in Model 3's interior. But the pictures the company has released uses an Alcantara-like material. The Premium Upgrade Package, which is the only option available in today's production of Model 3 includes 'premium materials,' reports Electrek. While the car manufacturer doesn't go into details in its description of Model 3, but it does describe premium seats and materials as well as two USB inputs in the back. The Premium Upgrade package is the only package currently available. Also, here is one of the official Model 3 interior pictures that Tesla released where you can clearly see what looks like Alcantara headliner. And nearly half a million people have made their Model 3 preorders based on the images and information provided by Tesla. 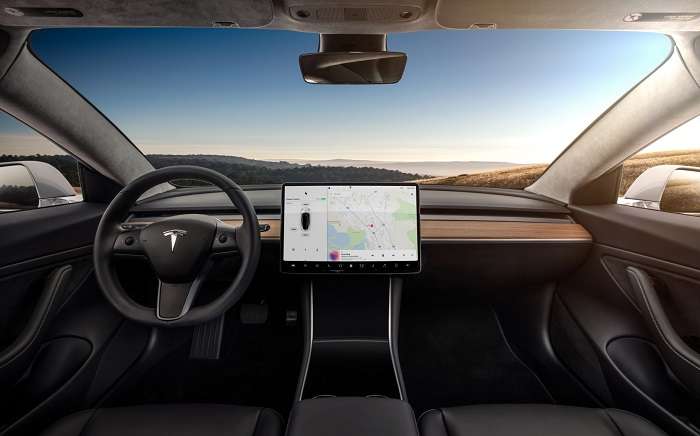 Don't you see premium interior materials used this this image?

But according to Electrek, this has been a change and Tesla confirmed the change in a statement, writing this.

“As we continue to increase production of Model 3 and produce more high quality cars for customers, all Model 3 vehicles are being made with the same premium textile headliner found in our flagship Model S and Model X vehicles, which has always been planned at this stage of production.”

As you can see Tesla admits the change and says this was always the intention from day one.

If you are a Model 3 reservation holder please let us know how you feel about this change in the comments section below. Were you expecting an Alcantar premium materials in your interior and are you surprised by this change?