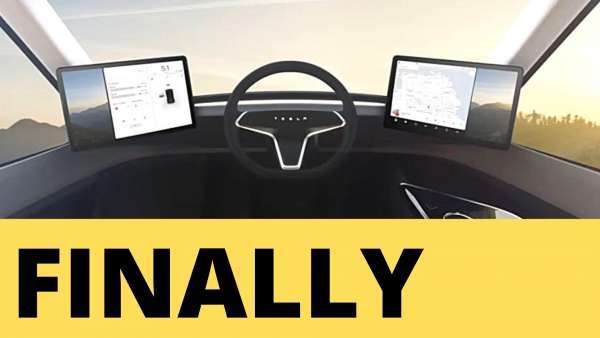 The Tesla Semi truck has finally gone on sale in the US and order books have opened and we expected the production to start at Giga Texas sometime in 2023.

Tesla Semi will be offered in two variants.

Both models are powered by four electric motors that drive the rear wheels. Also, Tesla claims the Semi electric rig can accelerate from 0 to 60 in 20 seconds while hauling an 80,000lb load (36 tones).

The Drive writes that its reporting team is "unsure how this performance compares to a diesel Kenworth, but if Tesla cars are a guide, this is likely more brisk than most semi trucks."

Tesla has released some new photos of the Semi, which show a centrally-mounted seating position, with two large information screens either side of the cabin.