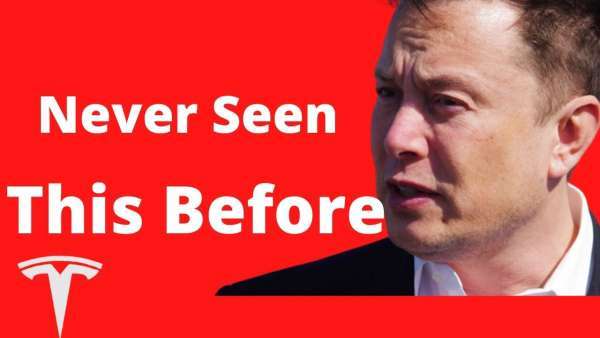 Recent images from the Fremont factory show that Tesla is extremely busy producing more electric cars and all the models Tesla currently has in production.

A Twitter user James Cat, hours ago shared some images expressing his amazement of how busy Tesla's Fremont electric car factory is.

"I don't think Fremont has ever been this busy this early in a quarter. Ever. Record production if they can maintain this pace. There are cars everywhere. What a beautiful, hot mess," Cat wrote on Twitter.

I don't think Fremont has ever been this busy this early in a quarter. Ever. Record production if they can maintain this pace. There are cars everywhere. What a beautiful, hot mess.$TSLA pic.twitter.com/X8RKeCRBzT

Fremont factory, has an annual production run rate of 600,000 vehicles, is a not a huge gigafactory if you compare it with Giga Texas and Giga Berlin. The space to navigate is small. Hopefully Tesla can get some renovations done once Texas is ramped up.

Currently, Tesla's Fremont factory is 20% overproduction, trying to make up for Shanghai shortfall in Q2. Some people think Tesla's Fremont factory isn't going to come close to making up for Shanghai at this point. But also, given the shortfall is affecting the European market the most, why haven't they shipped any of this extra US production to Europe? Perhaps, there is a growing number of backlog in the United States already.

You know, the best comes out when your back is against the wall. It's great to see Tesla's Fremont factory running 20% above capacity and would like this to be the new normal. Fremont is rising up to the occasion to deliver! Keep it up Tesla.