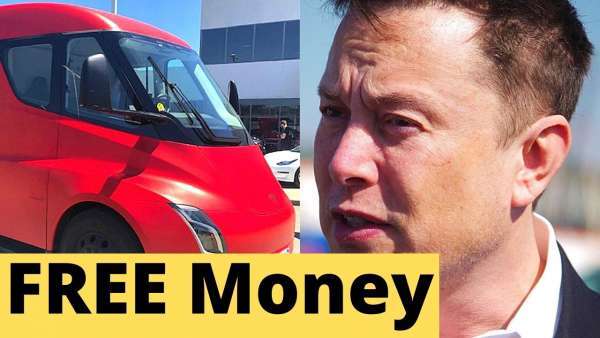 Tesla continues to get orders for Tesla Semi and charging increased $20,000 deposit, despite the fact that Semi's production and deliveries have been postponed once again.

Elon Musk, CEO of the Austin, Texas-based group, said on a fourth-quarter earnings conference call in January that the Semi should not be expected before 2023.

"As the Cybertruck, Semi, Roadster, Optimus, we'll be ready to bring those to production. Hopefully, next year. That is most likely", Musk said on January 26, during the earnings call with analysts.

A few days ago a Tesla Twitter blogger Sawyer Merritt reported that Priority-One Logistics, a company founded in 2004 and which arranges transportation of freight and cargo, and works with Tesla, ordered a Tesla Semi last week.

"NEWS: Priority One Logistics, who works with Tesla, told me they reserved a Tesla Semi today! They recently opened offices in Fremont & Austin, TX. CEO @MitchMontoya told me: "We have a lot of things progressing fast for us & we owe a huge part of our success to Tesla," Merritt wrote on his Twitter.

When asked if Pepsi has received its Tesla Semi trucks, Priority Logicstic's CEO wrote "As far as I know they have not. Still waiting on production.
I’m happy to invest, stamp our place in line and be one of the first companies to have a Tesla Semi on the road."

When Tesla launched the all-electric Class-8 Semi truck in 2017, it asked interested customers to put down a $5,000 deposit, which the company then increased to $20,000 for the base version.

"This sum is broken down into two phases: a $5,000 credit card payment at the time of reservation on the Tesla website reserved for the Semi, and then a wire transfer payment of $15,000 dollars within 10 days of the reservation. But if you have reserved more than one copy, you must make a $20,000 wire transfer for each additional copy," explains TheStreet.com.

Tesla Contemplates A New Strategy for China Retail even As Sales Boom
Jay Leno on Elon Musk & EVs: “I Think He Should Get ... Credit"
END_OF_DOCUMENT_TOKEN_TO_BE_REPLACED