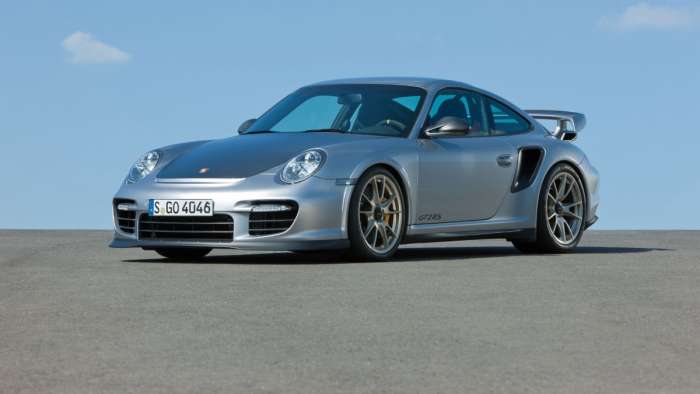 There was once a time where Porsche’s savage turbocharged 911s were completely untamed. Even just a decade ago, the 997 GT2 proved the “widowmaker” nickname hadn’t died quite yet.
Advertisement

Porsche’s GT division has given the world some of the greatest driving machines to ever exist. But “greatest” doesn’t mean they weren’t dangerous. The GT2 specifically, throughout all its generations, has been a historically sketchy ride. It all started back in the late ‘80s with the type 964 911 Turbo S. Though not officially called a GT2, this Turbo S had all the “widowmaker” properties of any latter GT2 to wear the Porshe badge.

The 964 Turbo’s magnificent engine was like the mermaids in an old pirate’s tale - beautifully irresistible, yet deadly if you get too close to it. Its violent nature would come out after the boost lag had run its course and would punch you with the speed of a seasoned boxer. Here is where the 993 GT2 was born, and from it, was the “widowmaker” nickname. Every GT2 after was more diabolical than the last which led to the widowmaker’s crowning moment, the 997 GT2. 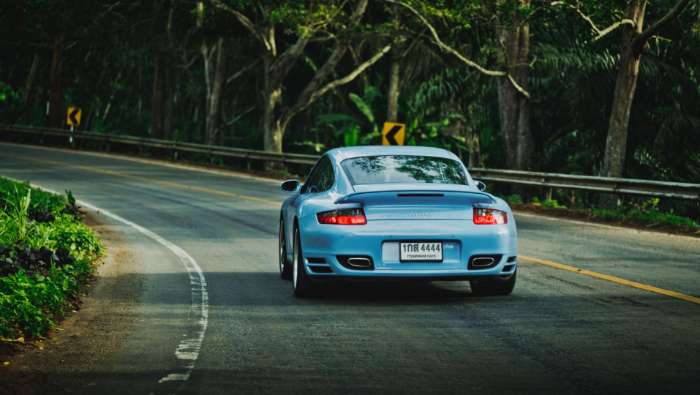 Many people see the 997 generation as a return to form for the 911, a.k.a the years after the 996 dark ages. The disdain for the 996 cars put the 997 on a pedestal when it finally came out, but truly, the 997 wasn’t that much more advanced than the 996. It just had the right headlights. The 997 GT2, in particular, was just as maniacal if not more than those that came before it.

The 997 was the first GT2 to have traction and stability control, but don’t let that fool you. The keyword here is “first”, meaning that Porsche didn’t have a decade of TCM engineering under its belt before releasing the 997 GT2. Let’s just say it wasn’t like Porsche’s modern traction management systems that we’re used to.

To some, the 997 GT2 is the “last widowmaker.” It makes sense to us as the 991 generation brought a much-improved traction control system to the table, leaving the 997’s looking sorely outdated. This car was probably the last Porsche you ever had to sit in and pray before driving it down a windy road. After this GT2, Porsche made changes that would ensure the safety of its drivers to a more secure degree. 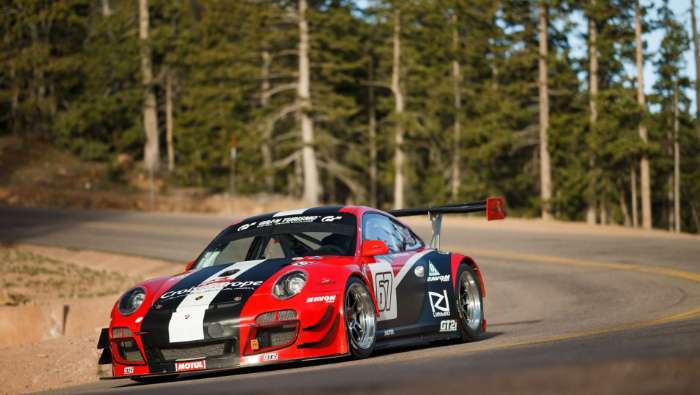 In 2021, any teenager can spend a couple thousand bucks on a turbo kit and make over 500 horsepower in their Mitsubishi Evo. But in 2007, there were few cars that could make that from the factory, let alone with optional traction/stability control. Oh yeah, did we forget to mention you could turn on the nannies completely off at any time? Also, its 3.6 liter twin-turbo flat-six made 530 horsepower which only had to carry 3,175-lbs around. That’s a lot of engine for not a lot of car.

Unlike Porsche’s modern GT cars, this 997 GT2 came with a 6-speed manual transmission, giving the driver free reign of all 530 horses at a downshift’s notice. Read any period-review of this car and find someone that doesn’t mention how terrified they were of this thing. You probably won’t. The GT2 was notorious for stepping out under power and sending its drivers into a ditch guarded by the grim reaper, yet the enthusiast community always asks for a more racecar-like experience. Are we really sure we want that?

The ability to drive a car like that on the street is worth dying for to some of us, but I think we can all agree that a 530 hp, 3,175-lb, manual transmission, twin-turbo “sports car” should be left in the past. It is amazing to look back at the history of a company that is defined by prestige and performance and see what they were selling just over a decade ago. The GT2 and GT2 RS, which made over 600 mother-loving horsepower, along with the 600-hp Carrera GT really shows the true racing heritage of Porsche. They’re some daredevils over there in Stuttgart I tell you.

Falco wrote on January 5, 2021 - 3:30pm Permalink
this is not quite right: the 996 GT2 was the widow maker, as it was the last and most powerfull RWD Porsche with no PSM/ESP/TC helpers. dozends of them crashed at the Nürburing and other racetracks and highways, even making the the insurance extreme high. The 997 was much much easier to drive and showed way less crahes as easiliy mirrored by the insurance rates.
Peter wrote on October 12, 2022 - 8:37am Permalink
992 turbo 90k extras