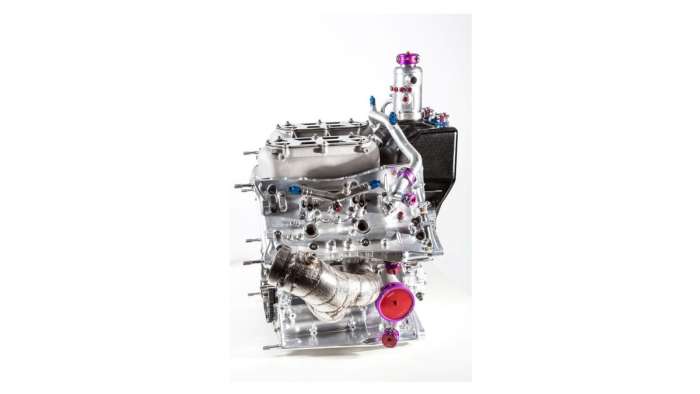 Discover The Forbidden Engine Swap, A Porsche Plus A Subaru

Porsches, especially 911s, are put on a pedestal for being so pure, causing people to refrain from heavily modding them. But in modern days, the 911 can be a template for a creative mind.
Advertisement

Most people don’t immediately think of a 911 when they hear the term “engine swap”, because when “911” is spoken, a sense of delicate nostalgia fills their hearts and they would rather die than swap out that symphonic flat 6, right? Wrong. The Porsche 911 is an icon to its core undoubtedly, but the idea that they are untouchable and completely sacred is ignorant.

What Motor Is Worthy Of a Porsche?

In the past few years enthusiasts that could never afford a 911 or any other Porsche before are now starting to realize it is okay to buy them as shells and give them their own flavor, enter Subaru motors. This is a real thing. And before people declare blasphemy and throw their laptops reading this, just hear me out.

If you are looking for a cheap engine, more often than not, the engine you’re going to find on Craigslist is either a small block, an SR20, or a WRX motor. WRXs get a bad rap from the enthusiast community mostly because of the sheer number of them on the road and the drivers themselves, but these people aren’t driving them for no reason.

Watch how to own a Porsche 911 for the price of Subaru WRX and click to subscribe to Torque News Youtube channel for daily automotive news analysis.

The E series motors found in the Subaru WRX are considered to be extremely well built power plants. They are reliable, sound good, and capable of making great power. The best thing though is the price. They are dirt cheap and you can go out and find one in a junkyard everywhere, they made so many of them that you can practically hear that rumble echoing for miles in every direction.

4 Reasons Why a Subaru Motor Swap Is A Good Idea

Firstly, 911s are getting expensive to an unattainable point. A decent G-series car is $40,000-$50,000 at the low end and the people who want one with a Porsche flat 6, can’t afford it. So, they go buy one with no motor for half the price and swap in the WRX motor.

Secondly, the EJ and EG Subaru motors are flat fours and flat sixes, which keeps the weight distribution and engine-bay geometry as close as possible to how it would be with the OEM flat 6. Even I, somewhat of a purist, would tip my hat to the gentleman or lady who does this swap because at least I have the piece of mind, knowing those cylinder-heads are transposed horizontally, that’s enough for me.

Thirdly, maintenance on a WRX motor is going to be A LOT cheaper than its Porsche counterpart. And the engine itself is cheaper to buy. Spending 5 minutes comparing 911 and WRX crate motors online will tell you that finding a decent Porsche motor will be just as expensive as your 911 shell itself. Of course, accessing the motor is always a little more difficult than a front engined Subaru, so labor costs are going to be hiked up a bit, but it won’t get much easier than finding parts for a WRX.

Fourth and finally, we get introspective. My point is, a build like this is finally something fresh in the Porsche aftermarket community. Sure, we have Singer, Guntherworks, and Aime Leon Dore 964s but these are cars that are multiple hundreds of thousands of dollars and show up way too often at Porsches and Coffee these days. It seems like every other brand (save a few at the top like Ferrari and Lamborghini) have seen it all with the aftermarket builders, except Porsche. Every American car has seen a new V8 swap here, every Japanese car has seen an RB swap there, and with the amount of old 911s still out there, it’s time everyone stops being so picky about their 911 and do something unique.

And it really is just the 911s sadly. The 944, Cayman, and Boxster have all seen it all from their crazy owners and been spared from the hate, but when a twin turbo Chevy LS7 finds its way underneath that 997, it’s complete sacrilege. I don’t expect a Japanese motor to receive any less outrage, but I would like to hear an ear-shattering blow off noise come from a non-turbo 911 one day.

See you in my next story in which I discuss Porsche's statement on Florida Taycan garage fire.

Bob Walker wrote on May 31, 2020 - 11:27am Permalink
Trying to locate Porsche Boxster MT 5 speed to Subaru engine adapter. Found 2014 photos of engine / transmission adapter on-line and "kit" for sale but all trace is now gone? Current adapter manufactures I have contacted responsed it can't be done due to starter location? Would appreciate any updates associated with Porsche Boxster engine swaps. Thank you.
shannon wrote on December 1, 2020 - 1:05am Permalink
It always makes me feel uncomfortable when people call an engine a motor. Kind of devalues what they are talking/writing about.
Trevor wrote on March 19, 2022 - 6:21pm Permalink
They mean the same thing. Sure a “motor” can be electric and an electric motor isn’t an engine, but in this usage, they mean the exact same thing. First definition of engine is; 1) A motor Lol
Nick wrote on June 30, 2021 - 1:21pm Permalink
You forgot about the EZ30 (especially the 2nd gen ez30) and EZ36, which while more complicated than an EG33 swap, is a better engine the EZ30 Mk1 and 2 and EZ36 have 212, 245. and 256 hp respectively. Build one and turbo/supercharge it and you have horsepower north of 5-600, like Perrin and Mighty Car Mods did
Scott Mann wrote on January 11, 2022 - 10:11am Permalink
Renegade Hybrids has been successfully building swaps, including Subarus, for 40 years.