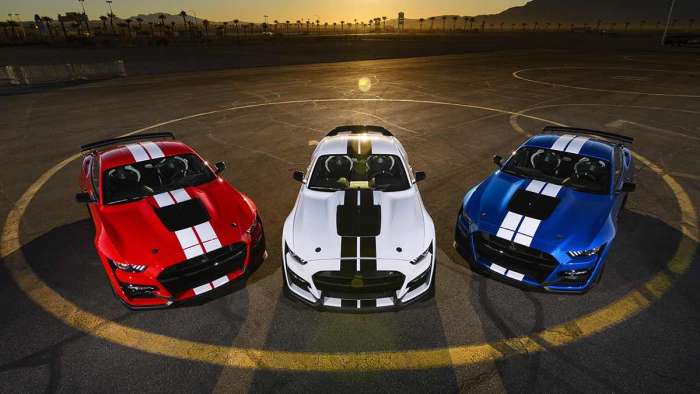 It’s National Mustang Day. And even though I am your guy for all things F-150 here at Torque News, I’m also a Mustang historian. I’m the co-author of the book Mustang by Design (look for it on Amazon), which tells the life story of Gale Halderman, the designer of the original Ford Mustang. Gale is a personal friend, a humble human being and a member of the Mustang Hall of Fame. And rightfully so as it was sketch, along with a 40-year career at Ford Motor Company, that helped create the iconic Ford Mustang.

So, for today, I will take my F-150 hat off and put on my pony car hat and report on some Mustang news.

As most of you know, the Mustang was revealed to the world on April 17, 1964 at the World’s Fair in New York. Since that moment, and every year since, we’ve had some variant of the Ford Mustang. It’s 56 years old today!

And while some feel that Ford has swung away from cars and Mustang, a closer look reveals that’s not really true. Sure, I’ve been critical of the name of the Mustang Mach-E. We won’t dwell on the negative here, nor will I mention that all-electric crossover again in this story.

Rather, let’s give a tip of the hat to Ford for continuing to invest in the Mustang as a sports car, or sports coupe. Remember, I wrote a while ago, about how difficult it is to categorize the Mustang. For this piece, we are calling it a sports car.

Mustang wins two global sales crowns
According to the most recent new vehicle registration data from IHS Markit, Mustang sold 102,900 units worldwide. This makes it the best-selling sports car in the world in 2019. During this period, Mustang sales in Germany increased 33 percent, in Poland sales rose by nearly 50 percent, and in France, they nearly doubled.

The year 2019 also marks the fifth consecutive year that Mustang was the best-selling sports coupe in the world. Sports coupes, as defined by IHS Markit, include two-door and convertible models.

In the U.S. the 2019 Mustang sold 102,090 units and continues to hold onto the title in the US as best-selling sports coupe (holding off Dodge Challenger and continuing to distance itself from the Chevy Camaro, which is likely to be discontinued). Since sixth-generation Mustang global exports began in 2015, through December 2019, Ford has sold 633,000 Mustangs in 146 countries around the world – including 102,090 Mustangs in 2019.

My colleague Patrick Rall reported that the Mustang was the only car in the segment-of-three to show positive growth during the first quarter of 2020. This has a lot to do with the different variants available for the Mustang lineup.

Greatest-ever Mustang performance lineup
Right now, for 2019 and 2020, Ford has 12 different enthusiast variants of the Mustang available globally. According to Ford, this is the greatest-ever performance lineup in the pony car’s history.
“We’re proud of our growing Mustang stable and performance variants,” said Jim Farley, chief operating officer, Ford Motor Company. “From Sweden to Shanghai, more and more driving enthusiasts are enjoying the feeling of freedom and the American open road in these new Mustangs. We are honored to serve our owners, enthusiasts and fans for 56 years and counting.” 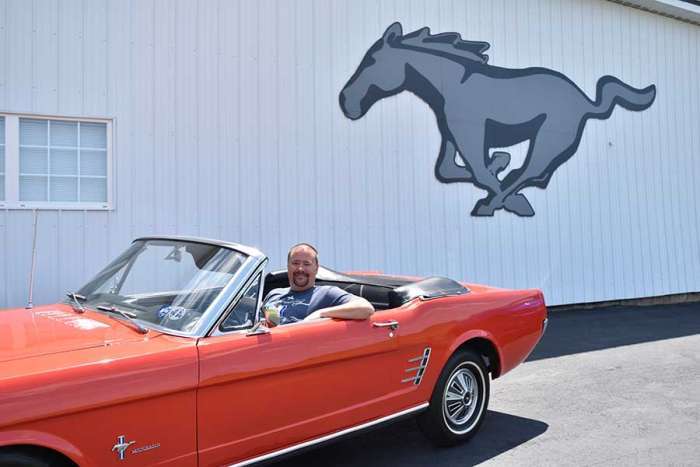 I reported a little while ago about how the Bullitt and the GT350 will be discontinued. But, as I also reported in December, Ford is bringing back the Mach 1 nameplate which will replace these two Mustangs.

What’s also important to remember is that the Mustang is the sole remaining car in Ford’s lineup. This shows that Ford, which is shifting toward SUVs and trucks, continues to value the heritage of Mustang. They are investing in a new generation of Mustang, which will be the pony car’s seventh generation. Simply known as the S650 platform, there are big things planned for it, including the possibility of an all-electric Mustang (not the Mach-E but a real Mustang) and also, as I reported, perhaps an all-wheel drive hybrid V8 Mustang too.

All of this takes financial investment from Ford. So any talk of the Mustang being discontinued is mumbo jumbo. On this, the 56th birthday of the most iconic car in American history, the Mustang will see many more birthdays and milestones!

Here’s what I’d love from you. Leave me a comment with your favorite Mustang. What year? What color? Are you a 60s era, a Fox Body fan or are you more a modern-era Mustang person?

Tesla-Funded Research Reveals One of The Biggest Mysteries of EV Battery
Tesla Tesla Buyer Nets a Whopping $12,000 Discount After Asking for Reduction
END_OF_DOCUMENT_TOKEN_TO_BE_REPLACED